The DUP’s East Antrim MP Sammy Wilson has said that no-one should use energy payments to Northern Ireland households as political leverage. 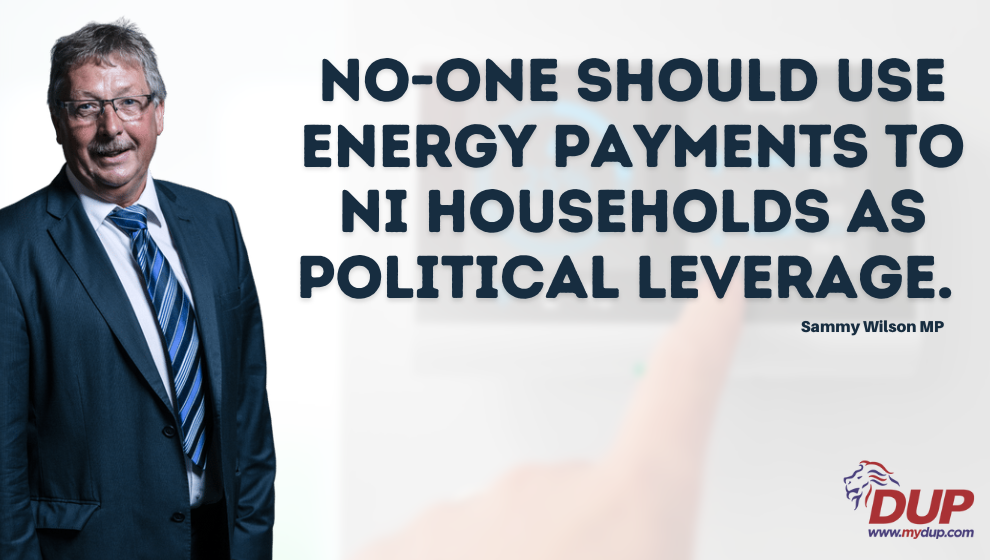 He was commenting after calling for the Government to deliver the £400 payments to Northern Ireland customers before Christmas. He made the call at Treasury Questions in the House of Commons today.

“There have been repeated claims, including this morning on Radio 4, that the £400 energy payments to Northern Ireland will be delayed because the NI Assembly and Executive are not fully functioning. These claims however are not substantiated with detail as to why the Government’s commitment that payments will be made before Christmas cannot be met.

I know that Ministers in Whitehall have worked with the Economy Minister to process the scheme and issues relating to some energy companies have been ironed out. The money is also there and indeed the Government has taken out advertisements here in Northern Ireland trumpeting the delivery of this very help.

It is welcome that the Chancellor repeated the previous Government commitment that people in all parts of the United Kingdom would have these payments to help before the Christmas period. It is also right that he investigates whether any Minister or civil servant has been deliberately holding up these payments to use them as political leverage. Such an act would be an abuse of power.

No-one should use fuel poverty as a political pawn. The ultimate way to prove that this has not been happening is for the Government to issue the payments as quickly as possible.”