Upper Bann MP Carla Lockhart has said the UK Government is shifting the goalposts on energy support payments whilst the people of Northern Ireland suffer the consequences. 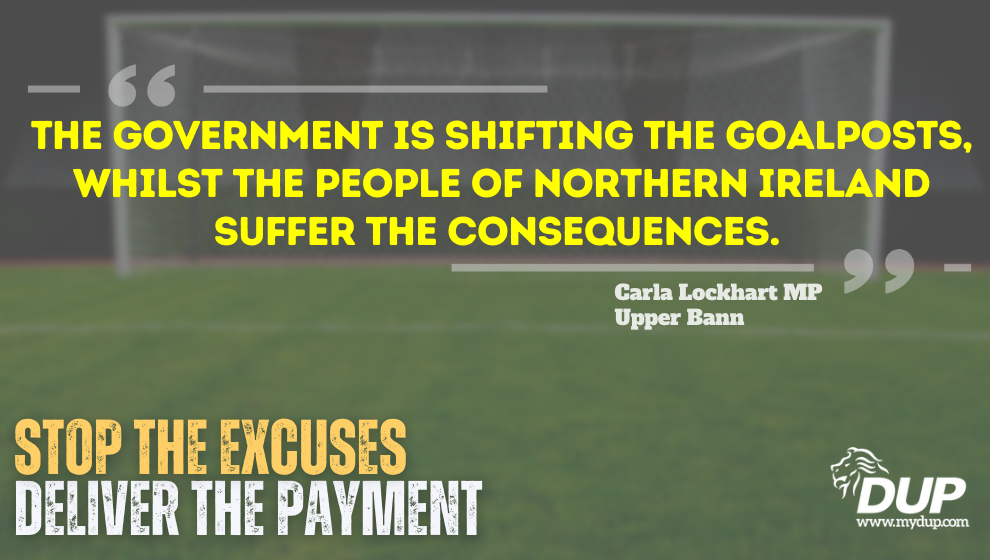 She was speaking after raising an Urgent Question to the Business Secretary in Parliament today on delivery of the £400 energy support payment.

“The energy support payment is a lifeline that has been dangled in front of the people of Northern Ireland but is now being withheld by Westminster. People in Northern Ireland heard a clear assurance from their Prime Minister that the payment would be delivered in November. They may have changed their leader, but the Conservative Party should at least keep its promise to support all parts of the UK during a cost of living crisis.

Devolving this issue would delay rather than deliver this payment to people facing a very cold Christmas. Further attempts to amend and change the scheme now are nothing more than an attempt to muddy the water and create further delay. Whilst the government is now talking about a ‘cash out’ option, this is something they emphatically ruled out as far back as June and July. The government is shifting the goalposts, whilst the people of Northern Ireland suffer the consequences.

The funding is there, the systems are in place and the energy companies are ready. This has been the case for some time and there is no excuse.

This money could still be delivered to households before Christmas if there was a will to do so. We have seen this Government move with incredible pace when it chooses to and on issues that it appears to actually care about. It seems clear that maintaining a UK-wide approach and on helping people in Northern Ireland heat their homes just don’t feature on that priority list.”