East Belfast MP Gavin Robinson has welcomed the news that British-led Team Resolute has been selected as the preferred bidder to build new support ships for the Royal Navy. Team Resolute includes Harland & Wolff and the final assembly of the three vessels will take place in Belfast. 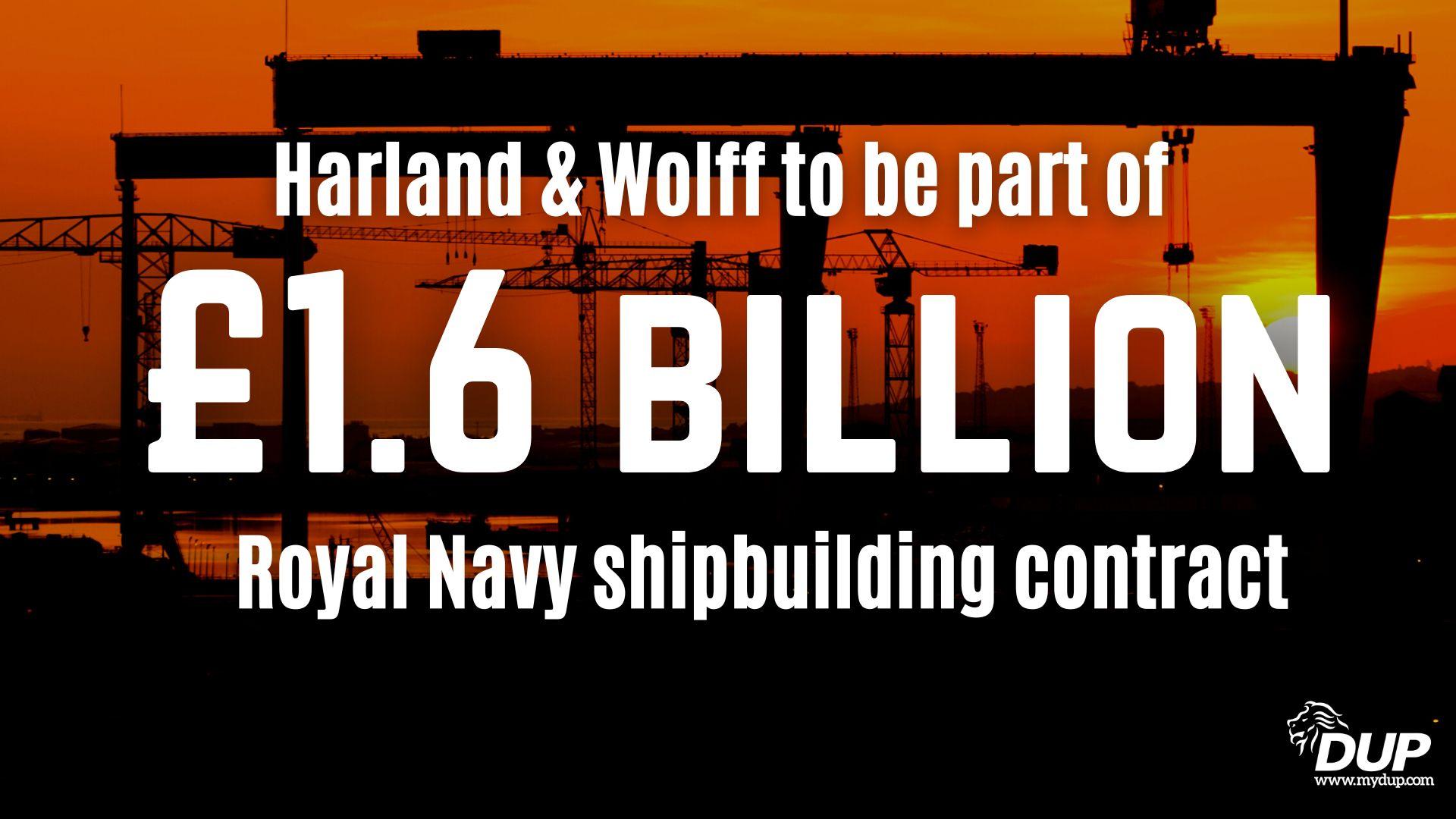 Mr Robinson who is the local MP and a member of Parliament’s Defence Select Committee said, “This is fantastic news for Belfast and Northern Ireland as a whole, but primarily for Harland & Wolff and everyone associated with the company. As part of Team Resolute they have pledged to invest £77million in shipyard infrastructure to support the British shipbuilding sector. Harland & Wolff’s Belfast operation will be heavily involved throughout the process through both construction and final assembly stages.

The majority of work will take place across the UK and I am delighted that workers in Belfast will be playing a key role in delivering these state of the art vessels for the Royal Navy and contributing to our nation’s defence capabilities.

Harland & Wolff has been part of some of the most significant chapters of our history. However, today’s announcement reminds us that it remains a significant national asset, as one of only three UK shipbuilders suitable for major MOD contract. The shipyard will continue to be a key asset for Belfast and Northern Ireland for a long time to come.”