East Belfast MLA Joanne Bunting has said Conor Murphy's refusal to mark Her Majesty the Queen's Platinum Jubilee is not justified by the Department of Finance policy cited by the Minister, but instead is only motivated by a refusal to recognise British identity within Northern Ireland. 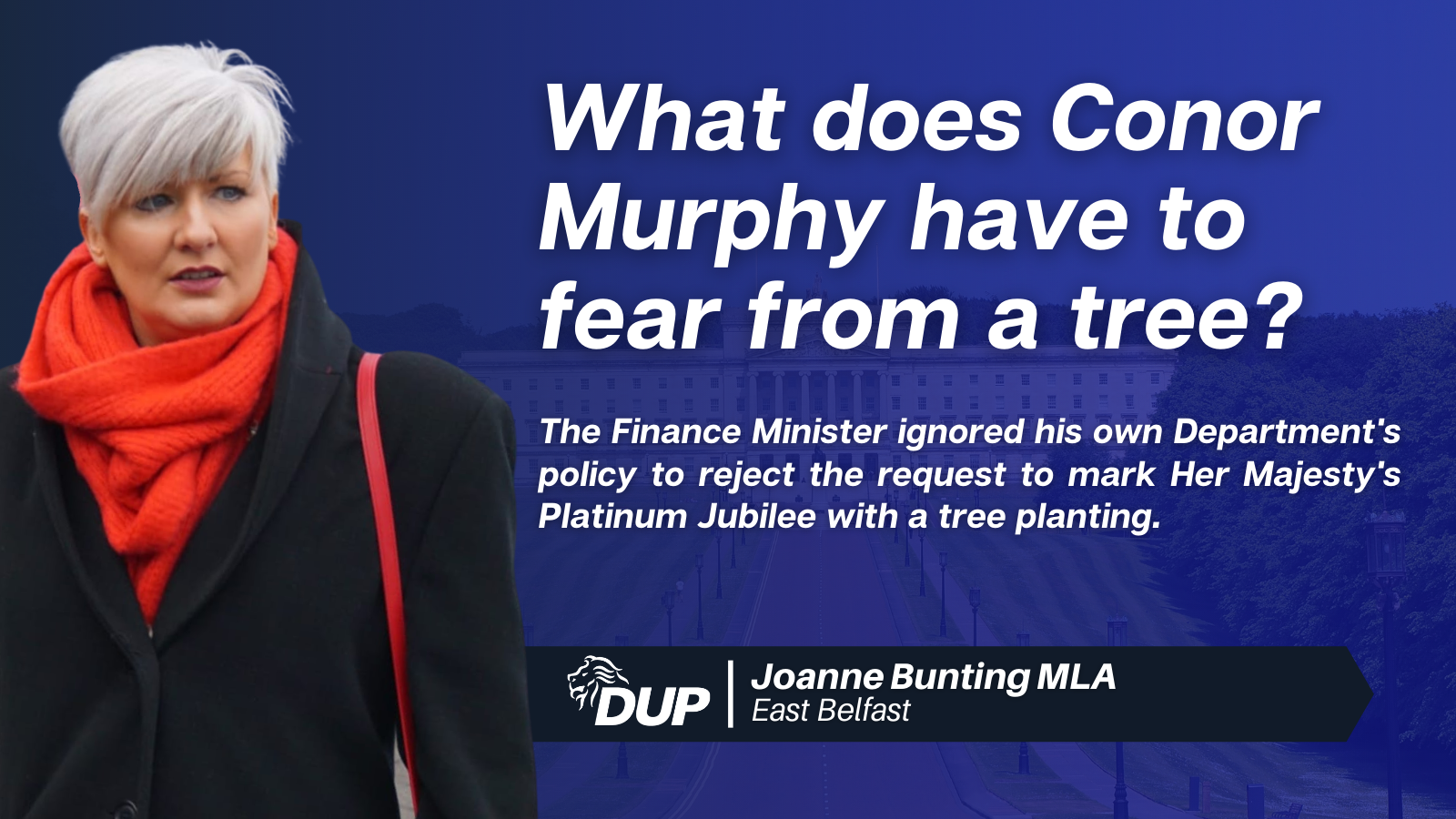 "Conor Murphy's own policy document covering the planting of trees within the Stormont Estate states that approval will be granted to commemorate international events. The Queen is not just head of State here in Northern Ireland, but is head of the Commonwealth and the Platinum Jubilee will be marked across the world. The Canopy programme is an environmentally friendly programme to commemorate that by planting trees right across the UK.

The Department of Finance policy covering the Stormont Estate contains nothing to prevent this from happening. It has been blocked solely because of the Finance Minister's political stance.

There are many people from all backgrounds in Northern Ireland who respect and admire Her Majesty the Queen. This refusal sends out a very clear signal to everyone as to the truth behind Sinn Fein's platitudes about a 'new Ireland'. Her Majesty the Queen is someone who makes a huge contribution to reconciliation in Northern Ireland, but it seems any recognition of British identity is too much for Conor Murphy. It fits an unfortunate Sinn Fein pattern where they have opposed a stone, a rose and now a tree. What do they have to fear from any of these?

We can contrast Conor Murphy's actions with those of Sammy Wilson as Finance Minister who permitted a tree to be planted within the Estate marking the 125th anniversary of the GAA. It's not hard to imagine what Sinn Fein's response would have been had that request been blocked. Yet again, the equality and respect they demand from others seems never to be returned."