East Antrim MP Sammy Wilson has welcomed the Chancellor’s announcement that the 1.25% rise in National Insurance will be reversed from 6 November. 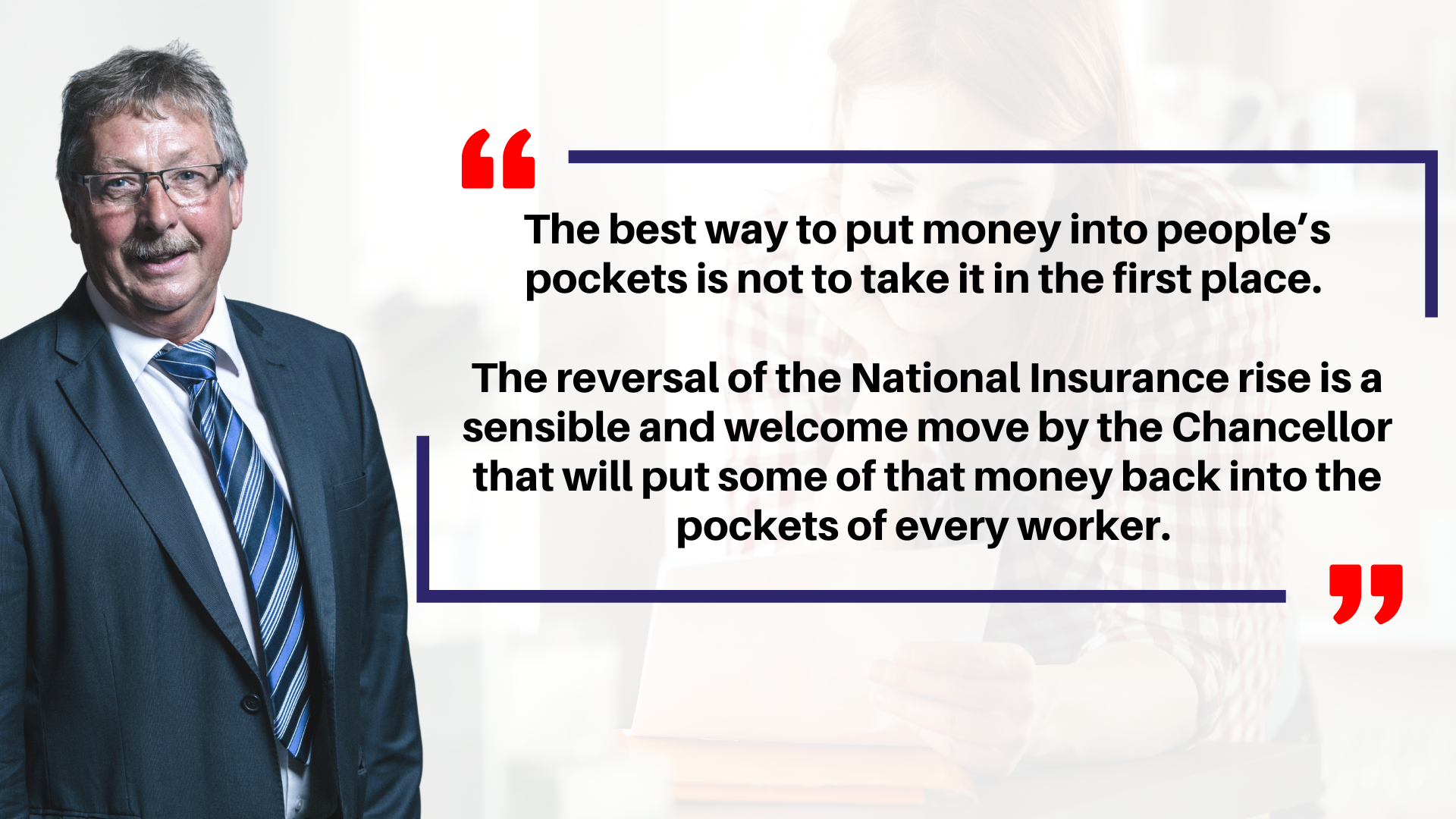 The DUP MP said, “The best way to put money into people’s pockets is not to take it in the first place. The reversal of the National Insurance rise is a sensible and welcome move by the Chancellor that will put some of that money back into the pockets of every worker.

We consistently opposed this increase, and its reversal was one of the proposals put forward by Sir Jeffrey Donaldson to the previous Chancellor in March when we submitted plans to help people with the cost-of-living crisis. The National Insurance rise was particularly damaging because particularly impacts on some of the lowest paid workers and those households in the ‘squeezed middle’.

This announcement is yet another demonstration that it is only HM Treasury which has the capacity to take action that will have a meaningful impact on the crisis we face. The steps announced to date are welcome, but we will continue to press for steps that will help working families through this difficult time. An increase in the Tax-Free Childcare scheme is one such measure that would make a significant difference to many families right across the United Kingdom.

Everyone is aware that such government intervention comes at a significant cost, and that is why the Chancellor should look again at a more meaningful windfall tax on energy companies who have seen significant additional profits due to this cost-of-living crisis.”