DUP MP Sammy Wilson has welcomed the Prime Minister’s announcement of action to tackle energy prices for households across the UK. 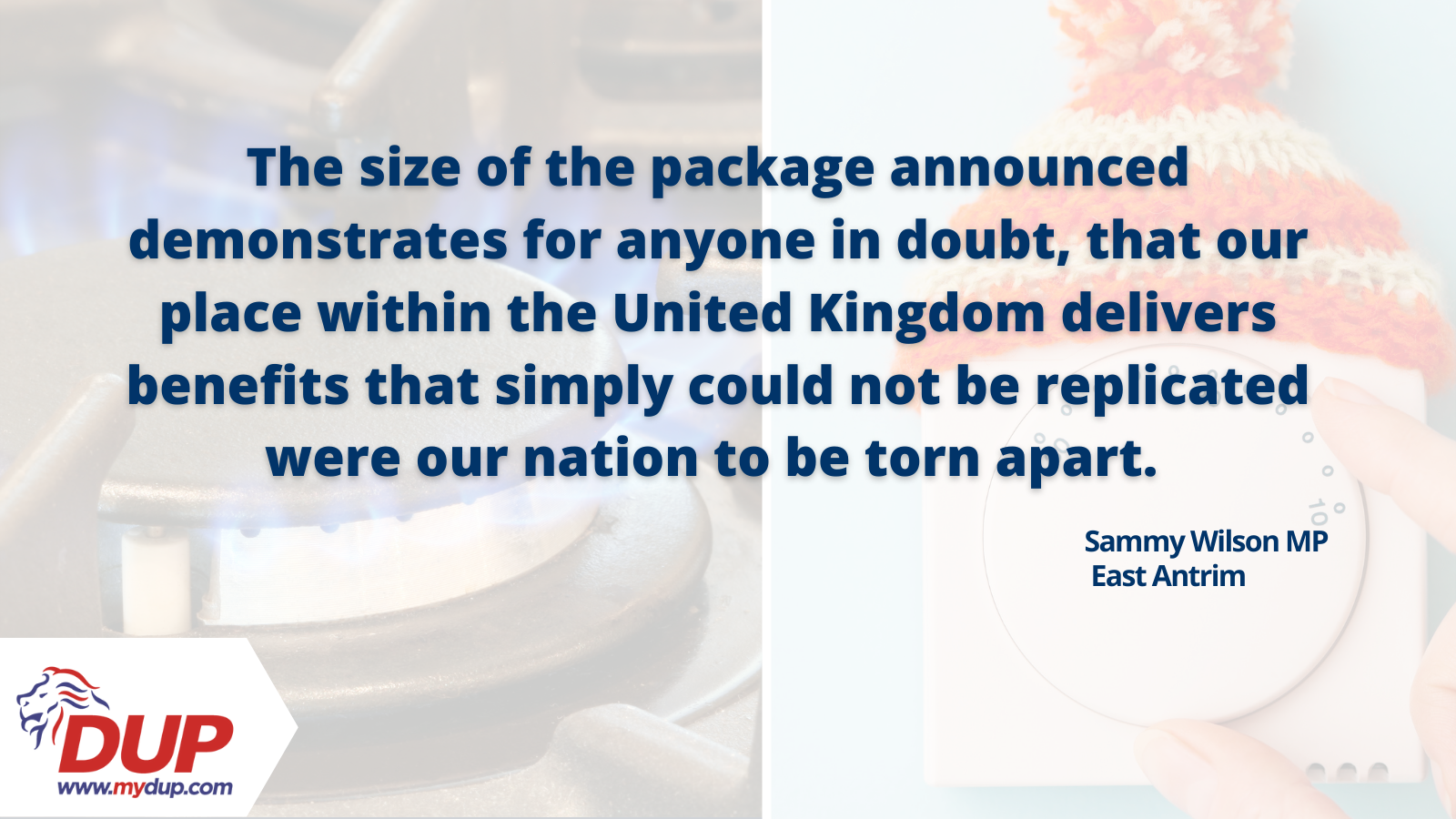 Speaking after the measures were announced in Parliament the East Antrim MP said,

“This is a very welcome intervention by the Prime Minister, which she confirmed to me would apply to households across every part of the United Kingdom. The size of the package announced demonstrates for anyone in doubt, that our place within the United Kingdom delivers benefits that simply could not be replicated were our nation to be torn apart. The scale of action also highlights that it is only Westminster which has the capacity to make a meaningful difference in the face of the crisis all households are facing.

I was glad the Prime Minister was able to very clearly state that all parts of the United Kingdom, and specifically Northern Ireland would benefit. This is a problem which we are all facing together, and it is right that measures to help must be delivered equally.

The Prime Minister also rightly recognised that the crisis not only requires short-term intervention and assistance, but also action to secure the long-term energy supply needs of the United Kingdom and to ensure we can become an exporter of energy in the future.

Whilst we welcome this decisive action, it is disappointing that none of the funding that will be necessary will come from the energy companies who are set to make significant additional profits, driven largely due to Russia’s invasion of Ukraine. We have previously called on the Chancellor and the government to look to a windfall tax on energy companies and believe this would have been a suitable way for such UK-wide assistance to have been funded.”