The DUP’s East Antrim MP Sammy Wilson has said the Northern Ireland Protocol has prevented the UK banning foie-gras produced through the force-feeding of ducks and geese. 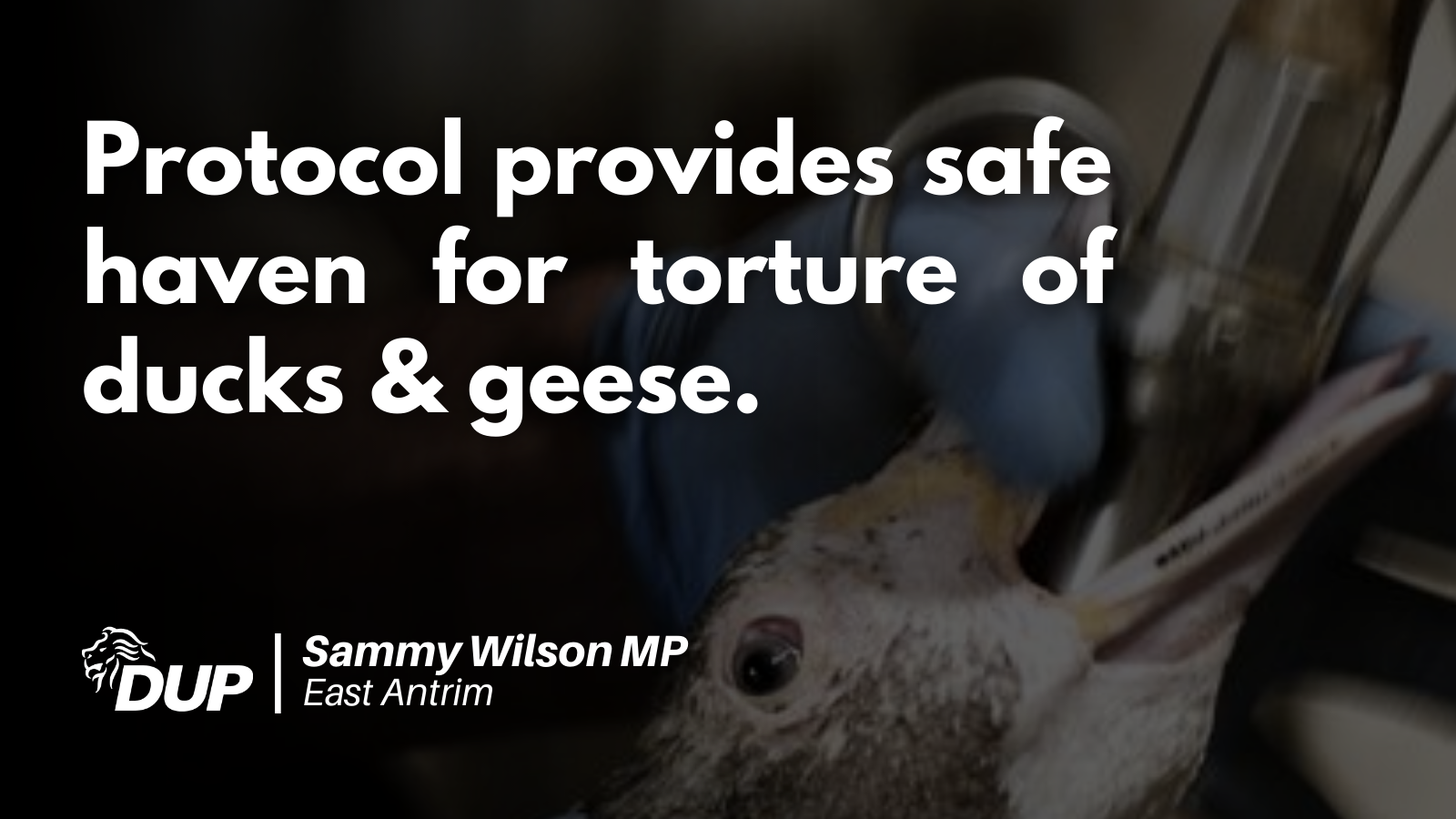 “Last month the Government had to ditch plans to give everyone in the UK a VAT holiday on their energy bills because the NI Protocol prevented such a cut being given to consumers in Northern Ireland.

This month, the UK government has had to ditch plans to ban the production of foie-gras by force-feeding of ducks and geese because of the NI Protocol. The law could not be applied to Northern Ireland. Indeed, the Secretary of State for Northern Ireland Brandon Lewis is reported to have opposed the new law on the basis that it could not apply to the entire UK.

I have campaigned against this French sponsored cruelty for several years. I felt our campaign in Parliament was on the cusp of a ban being enshrined in law.

This decision by the Government combined with the VAT holiday having to be ditched, shows the disaster which the Protocol is for the entire UK on multiple levels. Far from the Protocol just disadvantaging Northern Ireland, it is now undermining Brexit for the entire United Kingdom. Every part of the UK is being impacted by this Protocol.

Foie-gras is produced by Ducks being force-fed twice a day for 12.5 days and geese three times a day for around 17 days. Ducks are typically slaughtered at 100 days and geese at 112 days. Feed is administered using a funnel fitted with a long tube, forcing it into the bird's oesophagus. Modern systems use a tube fed by a pneumatic or hydraulic pump.