We need a solution that unionists can support - Brett

DUP North Belfast MLA Phillip Brett has reminded the EU and UK Protocol teams of why unionists cannot accept the Northern Ireland Protocol and why it must be replaced with arrangements that unionists can support. 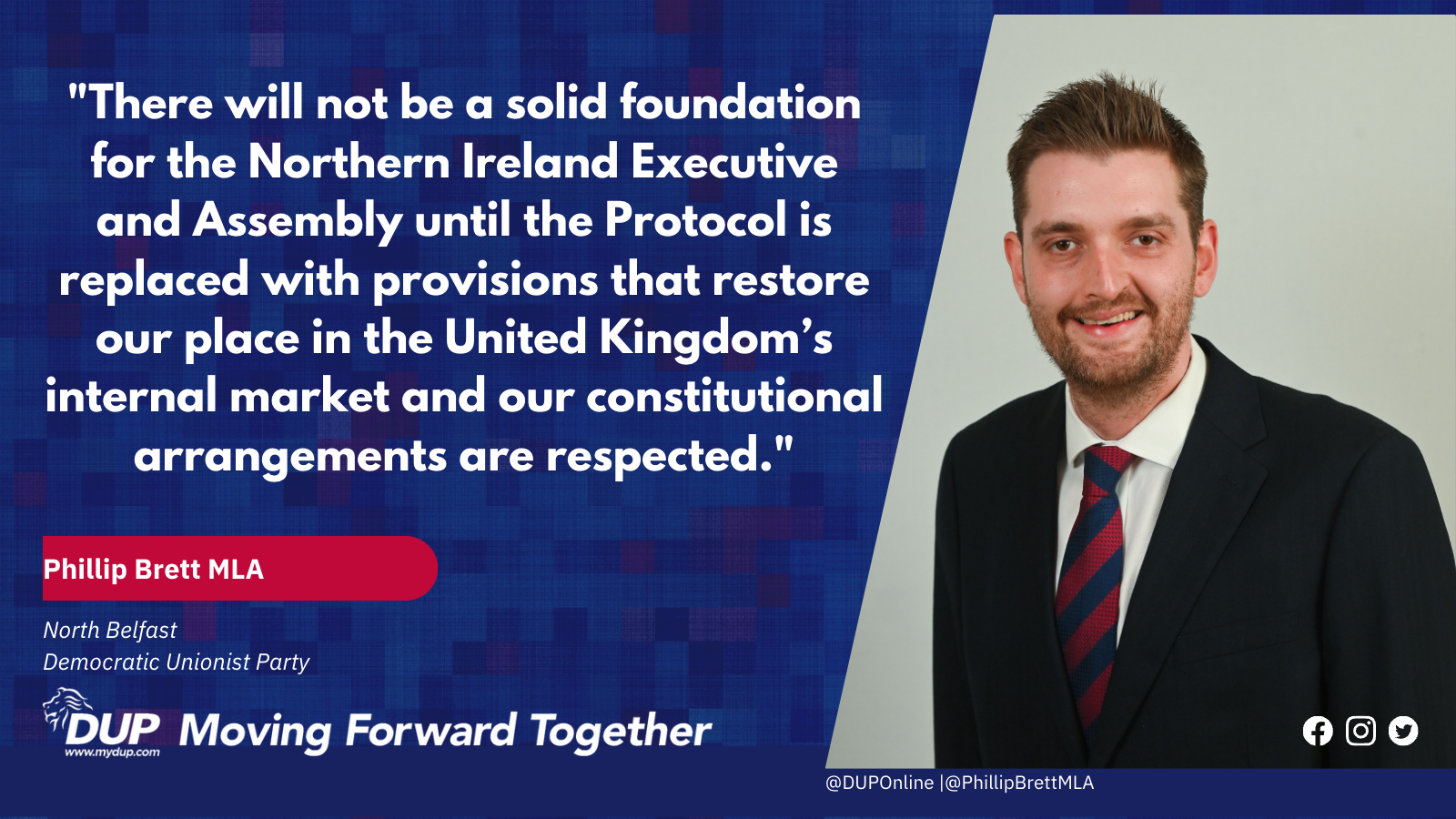 Speaking from London where Mr Brett is attending the EU-UK Parliamentary Partnership Assembly, he said,

There will not be a solid foundation for the Northern Ireland Executive and Assembly until the Protocol is replaced with provisions that restore our place in the United Kingdom’s internal market and our constitutional arrangements are respected.

We operated Stormont for two years and despite no unionist MLAs supporting the Protocol our concerns were not addressed. Matters had to be brought to a head. It is welcome that people now accept there is a problem and no longer talk about the ‘rigorous implementation’ of the Protocol. We now need a solution that unionists can support.

Brussels and London are aware of our consistent position and our seven tests for any outcome whether that is by negotiation or legislation. Political progress in Northern Ireland is built on the support of unionists and nationalists. The idea that the Protocol was ever going to work without the support of unionism was a fundamental mistake. Ignoring the concerns of one community is not the path to a durable or balanced outcome.”