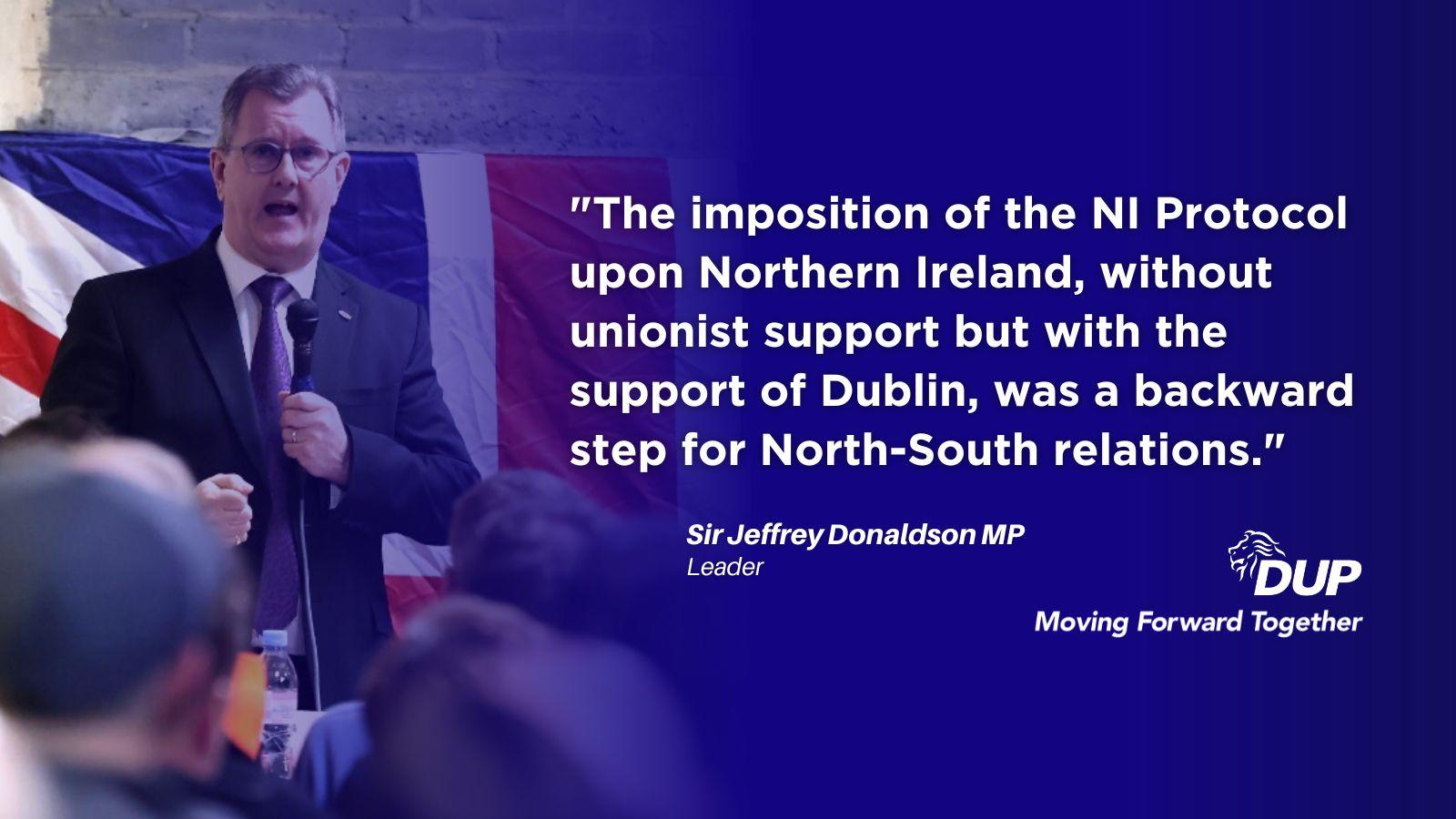 “As neighbours we want to have a cordial and respectful relationship with the Government of the Republic of Ireland. The imposition of the NI Protocol upon Northern Ireland, without unionist support but with the support of Dublin, was a backward step for North-South relations.

During his tenure as Taoiseach Micheál Martin sought to understand why unionism was wholly opposed to the NI Protocol. I encourage Leo Varadkar to follow Micheál Martin’s example in managing North-South relationships. Whilst many unionists will struggle to forget the new Taoiseach waving news reports from the 1970’s of a bombed border customs post which gave the threat of violence a seat at the EU negotiating table and demoted the power of democracy and politics, we are prepared to work with him if he is willing to address unionist concerns.

For those who have forgotten, political progress in NI was hard won and is built on the support of unionists and nationalists. Not one unionist MLA supports the Protocol. The idea that one section of our people will dominate the other and ignore the concerns of unionists will never produce durable or balanced outcomes.

There will be no solid basis for an Executive and Assembly until the Protocol is replaced with arrangements that restore NI’s place in the U.K. internal market and our constitutional arrangements are respected.”