DUP Leader Sir Jeffrey Donaldson MP has welcomed the admission from Taoiseach Leo Varadkar that mistakes were made with the Northern Ireland Protocol. 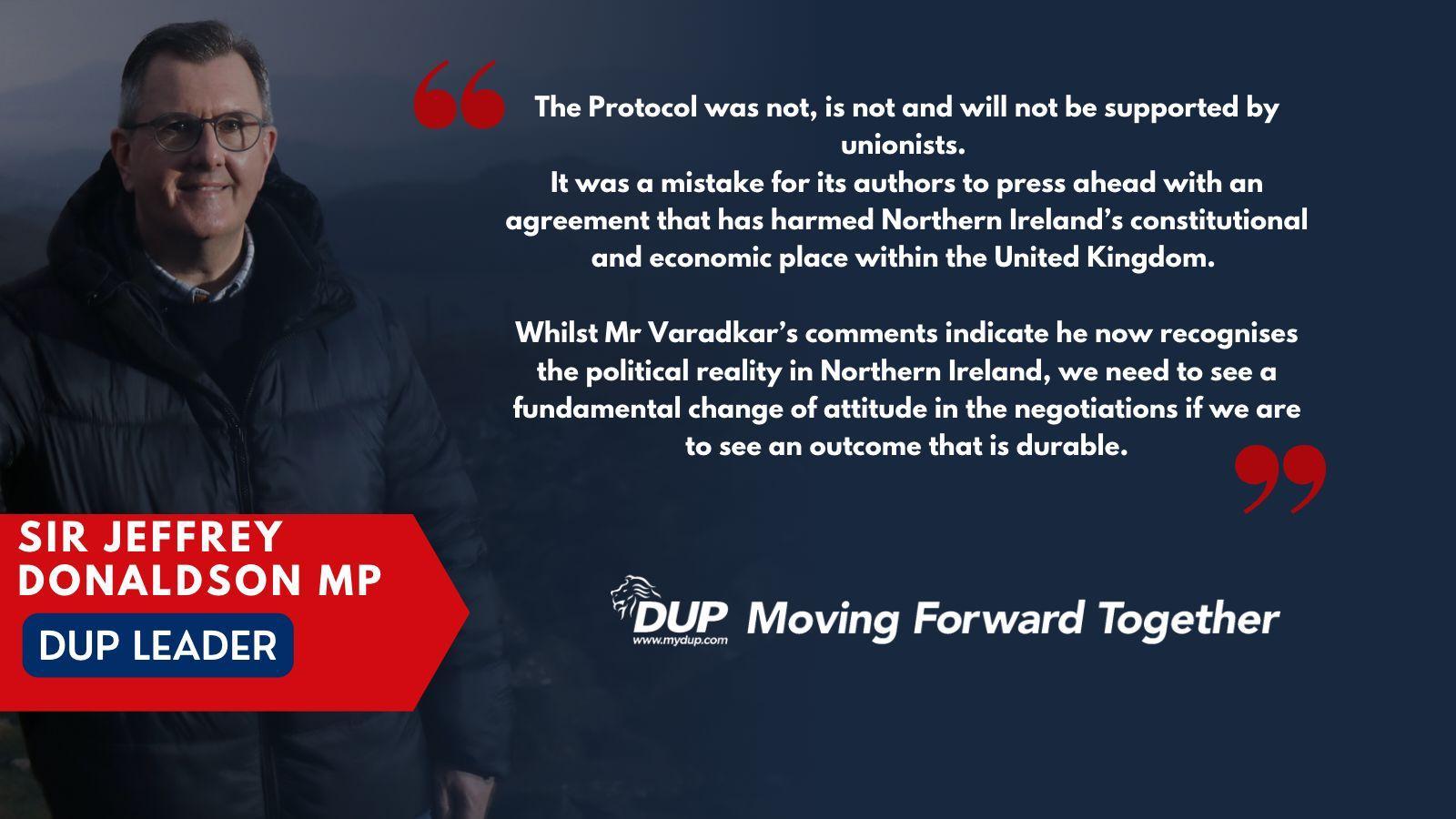 “The Protocol was not, is not and will not be supported by unionists.

It was a mistake for its authors to press ahead with an agreement that has harmed Northern Ireland’s constitutional and economic place within the United Kingdom.

Whilst Mr Varadkar’s comments indicate he now recognises the political reality in Northern Ireland, we need to see a fundamental change of attitude in the negotiations if we are to see an outcome that is durable.”