DUP North Belfast MLA Phillip Brett has called on Sinn Fein and Alliance representatives to stop misleading the public about the ability of a fully functioning Assembly to address energy price hikes. 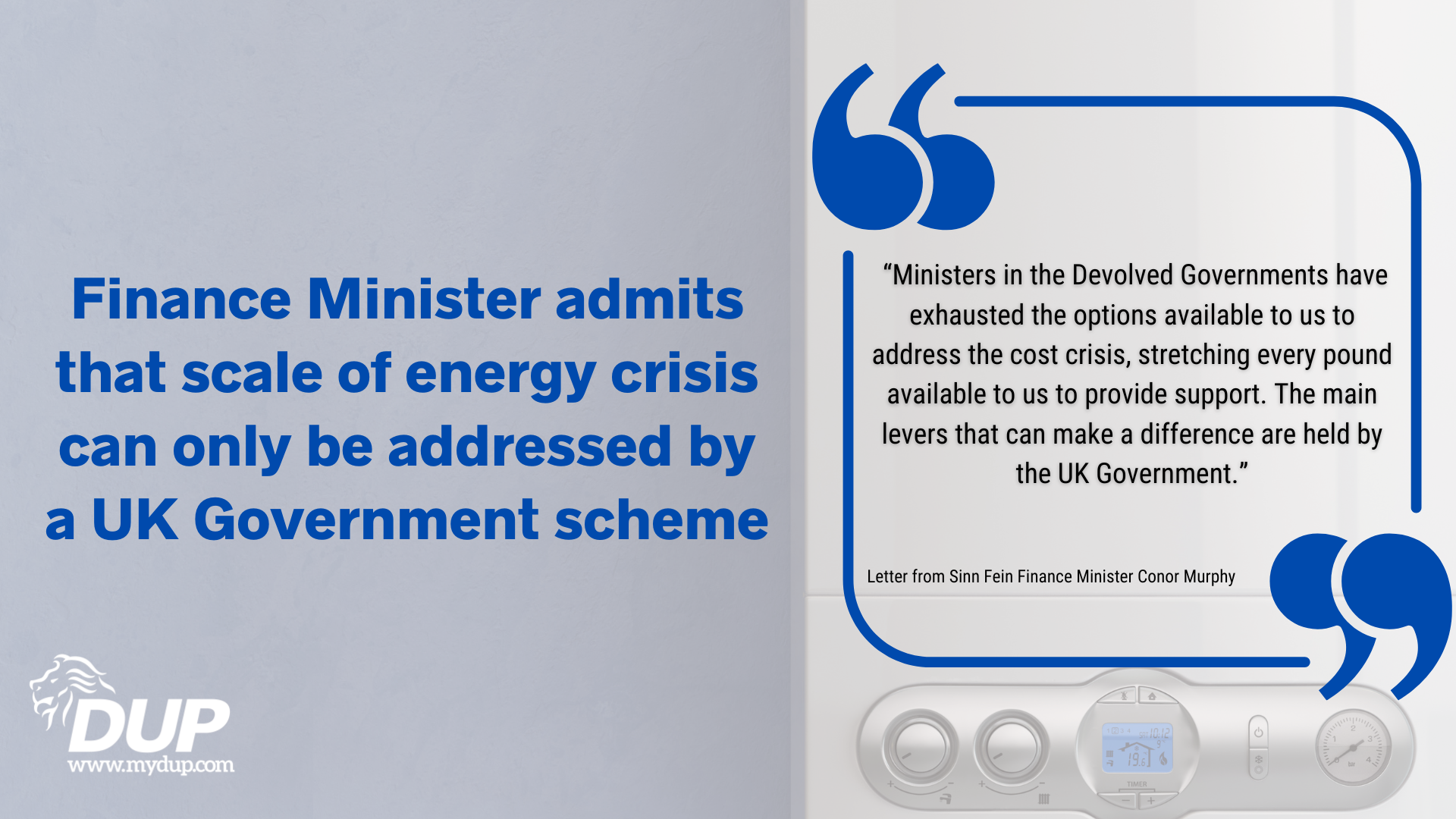 “The Northern Ireland Finance Minister has written to the Chancellor, jointly with the other UK devolved Finance Ministers, stating that the energy crisis is of such a scale that it can only be addressed by a UK Government scheme.

It is disgraceful therefore that Sinn Fein and Alliance representatives are still playing politics and spinning yarns to the public that a fully functioning Stormont would drive down energy prices. Such an approach is dishonest and misleading. Indeed, they never once set out the details of how the NI Assembly would address energy costs or how they would fund it.

Just as in the covid pandemic, it is right that the UK Government step in to address the needs of households. Only the Treasury has the fire power to do this.

There is no magic wand in Stormont and there is no pot of cash either. Only last week the Finance Minister wrote to me confirming that the rising energy bills in NI Departments require an additional £190m alone.

Its time Sinn Fein and Alliance representatives stopped telling porkies and trying to pull the wool over people’s eyes.”