The DUP’s Upper Bann MLA Jonathan Buckley has addressed University College Dublin’s Literary and Historical society on the subject of “this house believes Brexit poses a threat to the Good Friday Agreement”. 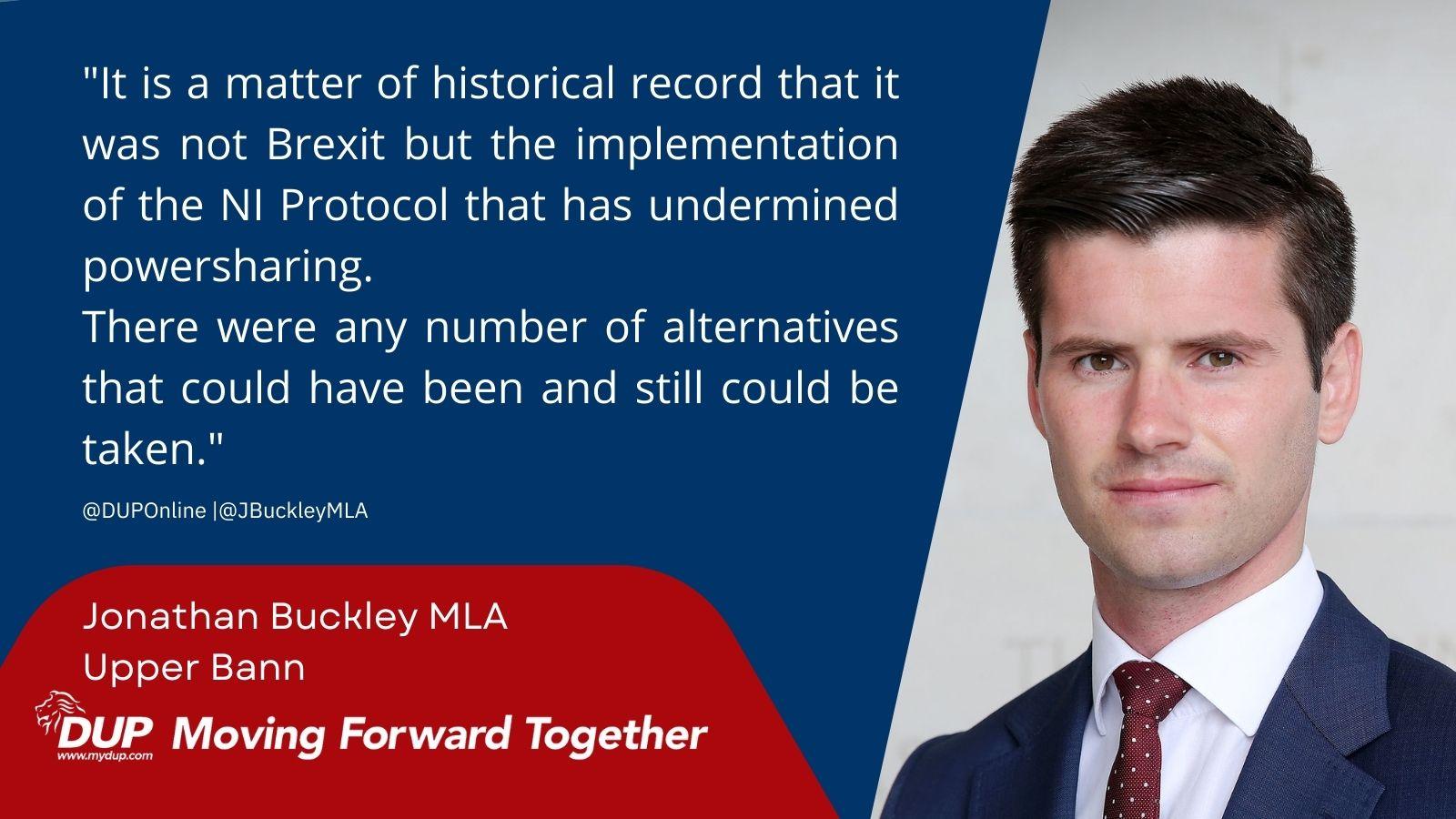 After the event Mr Buckley said,

“It is not Brexit, but the Northern Ireland Protocol, that poses the threat to the Belfast Agreement and its successors.

In 2018 the then Taoiseach Leo Varadkar used the IRA bombing of a customs post to further an argument against any EU related infrastructure on the island of Ireland. This was a deplorable act for which Varadkar nor his then officials have ever apologised, either publicly or privately to the families involved.

Of course, it is not the Irish Government’s responsibility to look after the interests of unionists in Northern Ireland, but by adopting the position that it has, it has given up any moral authority to be claiming to defend the Belfast Agreement in all its parts.

It is even sometimes incorrectly asserted that Brexit constitutes a breach of the Agreement. Lord Justice McCloskey in a judgment of the High Court in Belfast in 2019 held,

“Neither the Belfast Agreement [nor this suite of provisions] was predicated on the basis that UK membership of the EU would continue forever . . . . Neither of them can be construed as requiring a Customs Union or continued regulatory alignment.”

It is a matter of historical record that it was not Brexit but the implementation of the Northern Ireland Protocol that has undermined powersharing. There were any number of alternatives that could have been - and still could be taken.

I want to see fully functioning devolved government in Northern Ireland but it can only be so if the Protocol is replaced by arrangements that unionists can support.

Those who want to see devolution restored should encourage the Government to expedite the passage of the Northern Ireland Protocol Bill and those delaying or obstructing its passage are only delaying the return of devolved government.”