DUP East Antrim MP Sammy Wilson has said speculation that the Government will scrap VAT on domestic energy costs is a stark reminder of the uncertainty facing households in Northern Ireland because of the border in the Irish Sea. 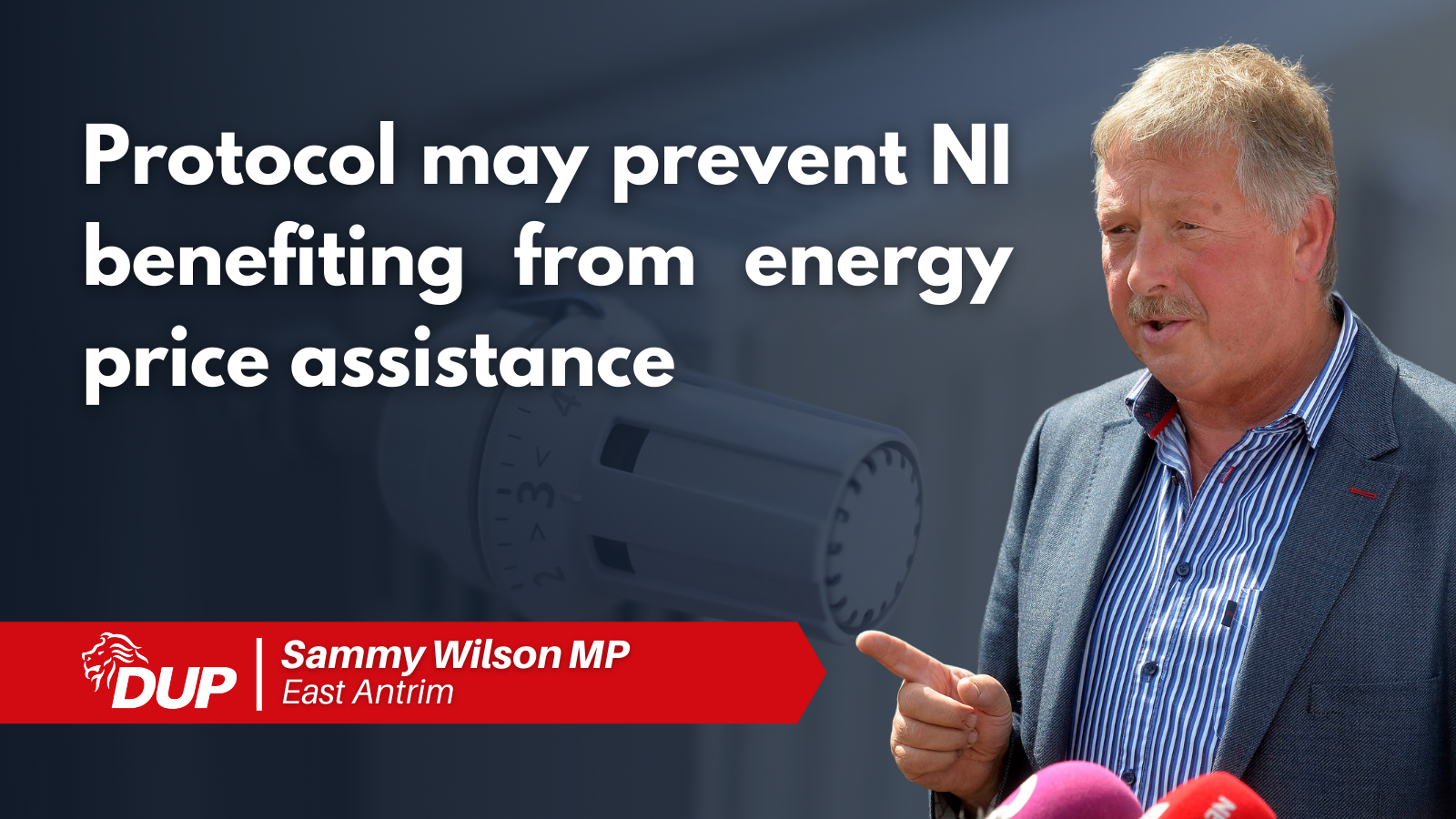 Under the terms of the Protocol, Northern Ireland remains aligned to EU VAT rules for goods.

Mr Wilson spoke during a debate on the matter in Westminster and said:

“As fuel costs continue to sky rocket, the removal of VAT on home energy bills would be a small but welcome boost for families and households. However, there is deep uncertainty over whether such a policy could even be extended to Northern Ireland under the Protocol.

Currently the EU enforces a minimum VAT rate of 5%. While that is expected to change this year, it remains to be seen whether this will be enough to prevent a potential disparity between support provided in Great Britain and Northern Ireland.

When it comes to protecting vulnerable households and protecting standard of living, it is unfathomable that Northern Ireland could be left behind. We are clear that this interference in the UK internal market and in the lives of local consumers is completely unjustifiable and disproportionate.

Let’s be clear – ministers have a duty to protect households on the bread line against rising energy costs. However, it must also ensure the support available extends of all four constituent parts of the United Kingdom. The DUP has been clear that the continued operation of the Protocol is oppressive and unsustainable. The Government must set out clearly and quickly how it intends to deliver on its commitments to Northern Ireland. This includes setting out an ambitious timetable for renegotiations with the EU.”