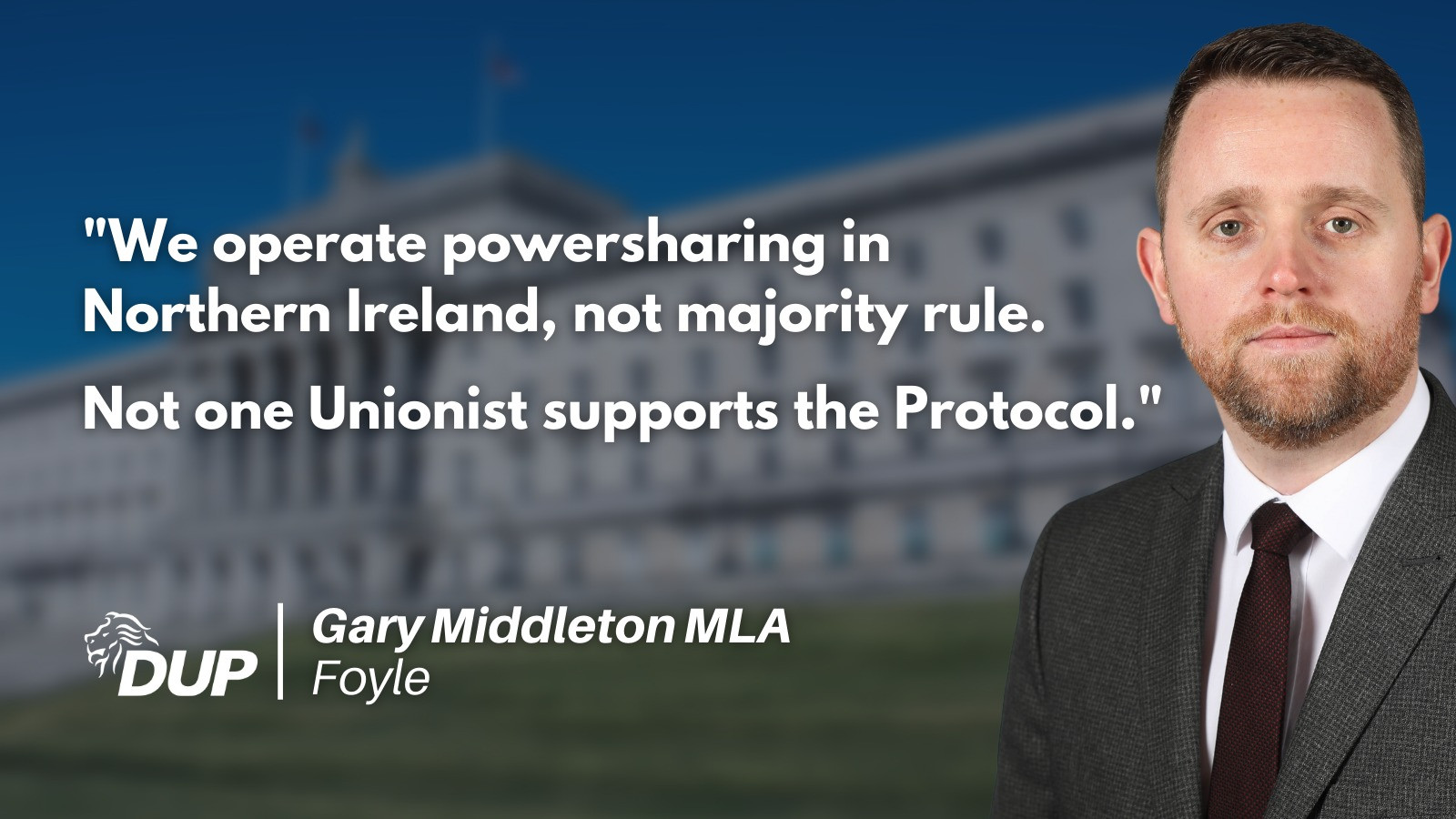 “Not one unionist MP or MLA supports the NI Protocol yet the Alliance, Sinn Fein and SDLP cosy coalition doesn’t care less. They have binned consensus politics.

We operate powersharing in Northern Ireland, not majority rule. Progress is only made with unionists and nationalists working together. That’s why the Protocol was flawed from day one as it had no unionist support. Those who steamrollered ahead despite our warnings made a grave mistake.

Despite being patient for more than two years, our warnings were ignored by the pro-protocol parties. The DUP has a mandate to deal with the NI Protocol. We have a mandate to get arrangements which respect our place in the United Kingdom. Our mandate will be respected.

We are focused on solutions which work for everyone in Northern Ireland. It is time the cosy coalition removed their heads from the sand and acknowledged unionist concerns and the real-world problems caused by the Protocol.”