Lyons – NI needs a lasting solution not a stunt

DUP Director of Elections and East Antrim MLA Gordon Lyons has said Sinn Fein needs to recognise that stunts will not sustain Stormont, but that Northern Ireland needs a solution which unionists and nationalists can support. 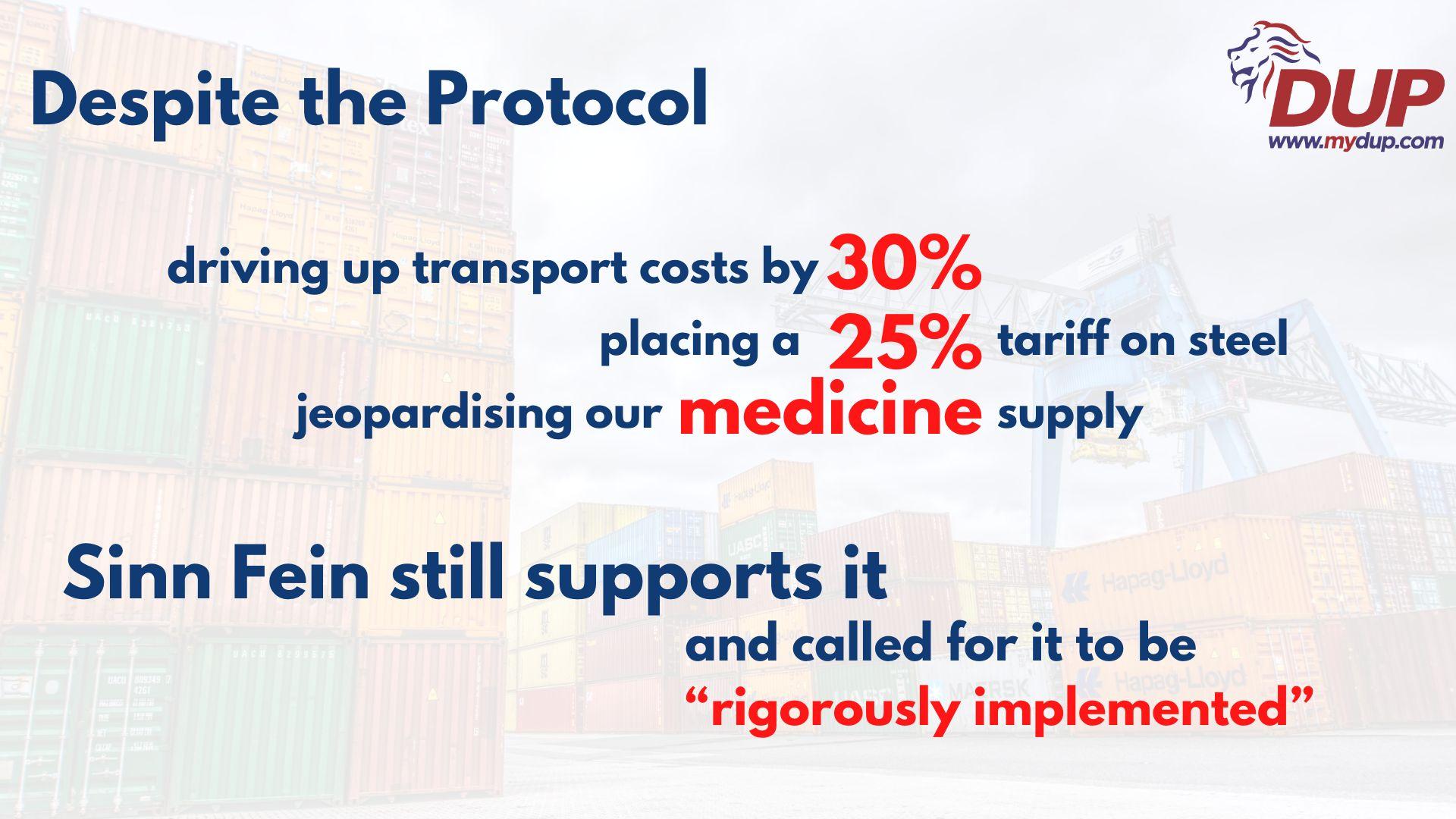 “Stormont works when the cross-community consensus at the heart of the Belfast and successor agreements is respected. Sinn Fein fails to recognise that no unionist MLAs or MPs support the NI Protocol because it is a bad deal for Northern Ireland. Most people will also recall that Sinn Fein blocked devolved government, without any Ministers in place, for 1044 days over the Irish language.

Despite the Protocol driving up transport costs by 30%, placing a 25% tariff on steel and jeopardising our medicine supply, bizarrely Sinn Fein still supports it. Indeed, they even called for it to be “rigorously implemented”. We now know that haulage experts believe such an outcome to cripple Northern Ireland’s supply chains within 48hrs. Sinn Fein should publicly accept they were wrong in calling for “rigorous implementation” and work alongside us to deal with the Protocol.

We don’t need recall stunts; Northern Ireland needs a lasting solution which unionists can support. Powersharing is not possible without such an agreement. We are always willing to explain the problems one more time, but Sinn Fein has ignored unionism’s warnings for more than two years. That’s not the behaviour of people who believe in powersharing.”