Gregory Campbell: Stop the Secrecy, get the A6 finished now

East Londonderry DUP MP Gregory Campbell has hit out at Infrastructure Minister John O' Dowd at the continuing delays being experienced by thousands of motorists driving daily on the unfinished A6 'dual carriageway' between Londonderry and Dungiven. 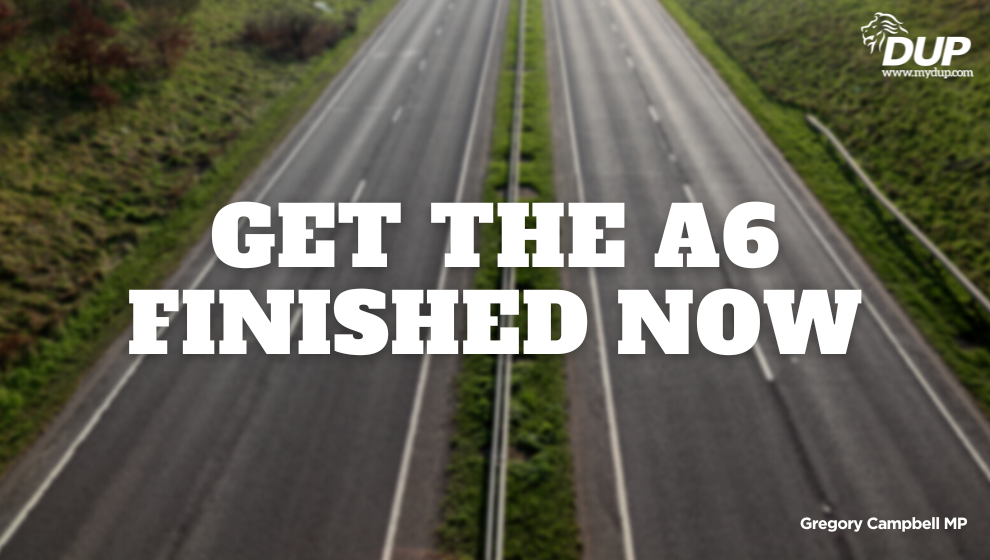 "The additional problems start this weekend and continue next weekend when the Dungiven section is closed for further works necessitating lengthening journey times. This £220 million dual carriageway project started four years ago and I wrote then asking for a completion date and the Department confirmed it would open by Spring 2022. During the pandemic lockdown I wrote once more asking if the completion date would be delayed and the answer was No, it was still due to complete in Spring 2022. Six months ago when long suffering motorists saw the promised 'Spring completion date' arrive the then Minister arrived instead onsite and offered no reason for the delay and no apology but said there was 'progress' being made. The road continues to be a 40 mph single lane carriageway with no overtaking permitted and when I wrote to Minister O'Dowd last month under Freedom of Information asking if there were any disputes between contractors or sub contractors that might be causing delays the Minister declined to say if this was so.

There is a straightforward message from the North West to Minister John O'Dowd, Stop the secrecy, get our much promised, often delayed dual carriageway finished now."