DUP East Belfast MP Gavin Robinson has said unless the European Commission changes their negotiating terms, the calls by President Biden for negotiations are little more than a merry-go-round. 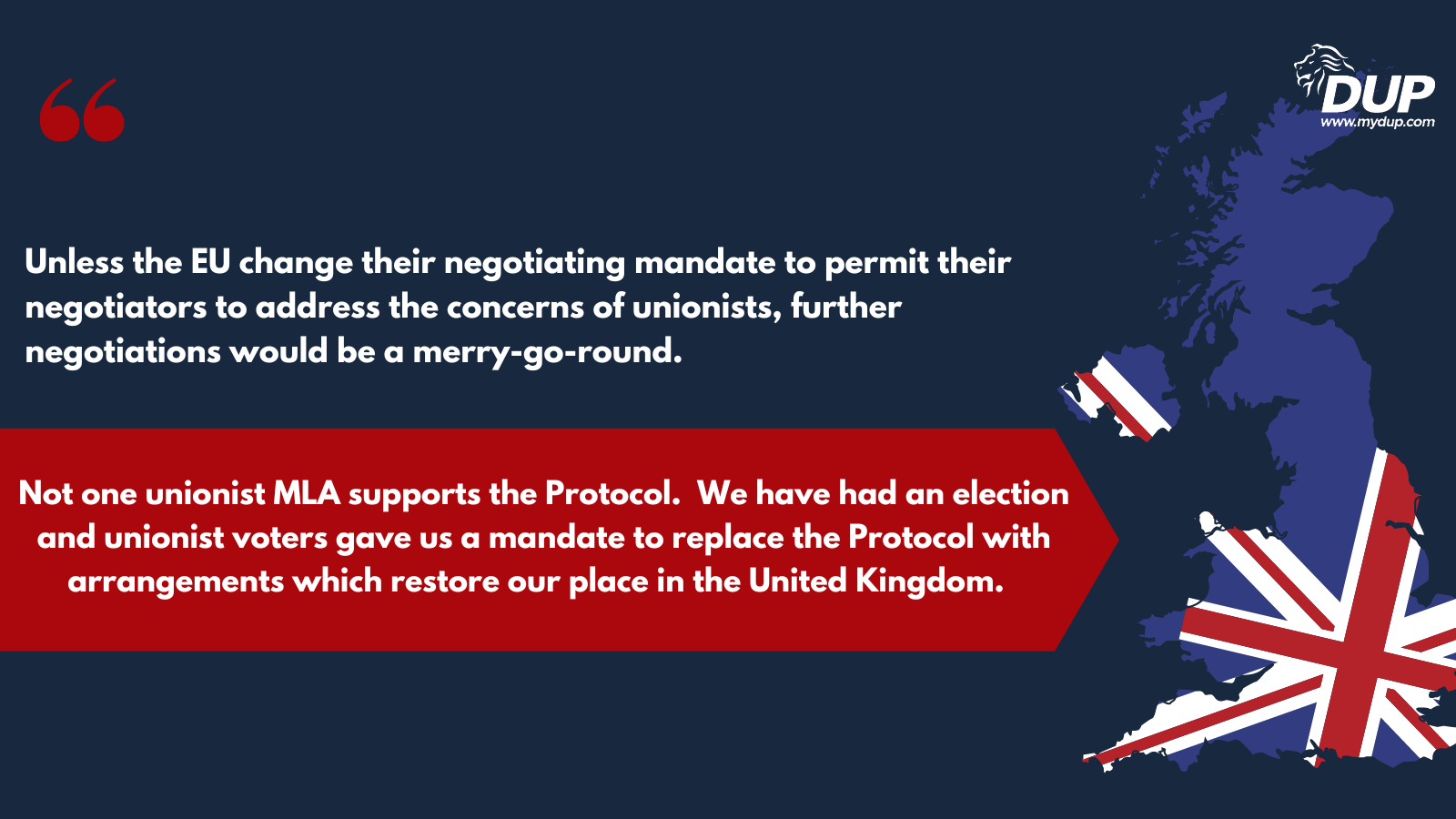 “The EU Vice President Maros Sefcovic said “there can be no renegotiation” only weeks ago on 22 May and 13 June 2022. Unless the EU change their negotiating mandate to permit their negotiators to address the concerns of unionists, further negotiations would be a merry-go-round.

We operate powersharing in Northern Ireland, not majority rule. Not one unionist MLA supports the Protocol. We have had an election and unionist voters gave us a mandate to replace the Protocol with arrangements which restore our place in the United Kingdom.

The Protocol endangers jobs for our people, drives up costs for customers and reduces choice on our shelves. Steel coming from GB to build our roads, schools, hospitals and houses is now 25% more expensive because of the Protocol.

If President Biden’s administration believes they can have powersharing institutions without unionist support, then they are mistaken. We need the Protocol replaced rather than more talks with no product.”