The Department of Education has today launched a public consultation seeking views on deferring the school starting age in Northern Ireland. 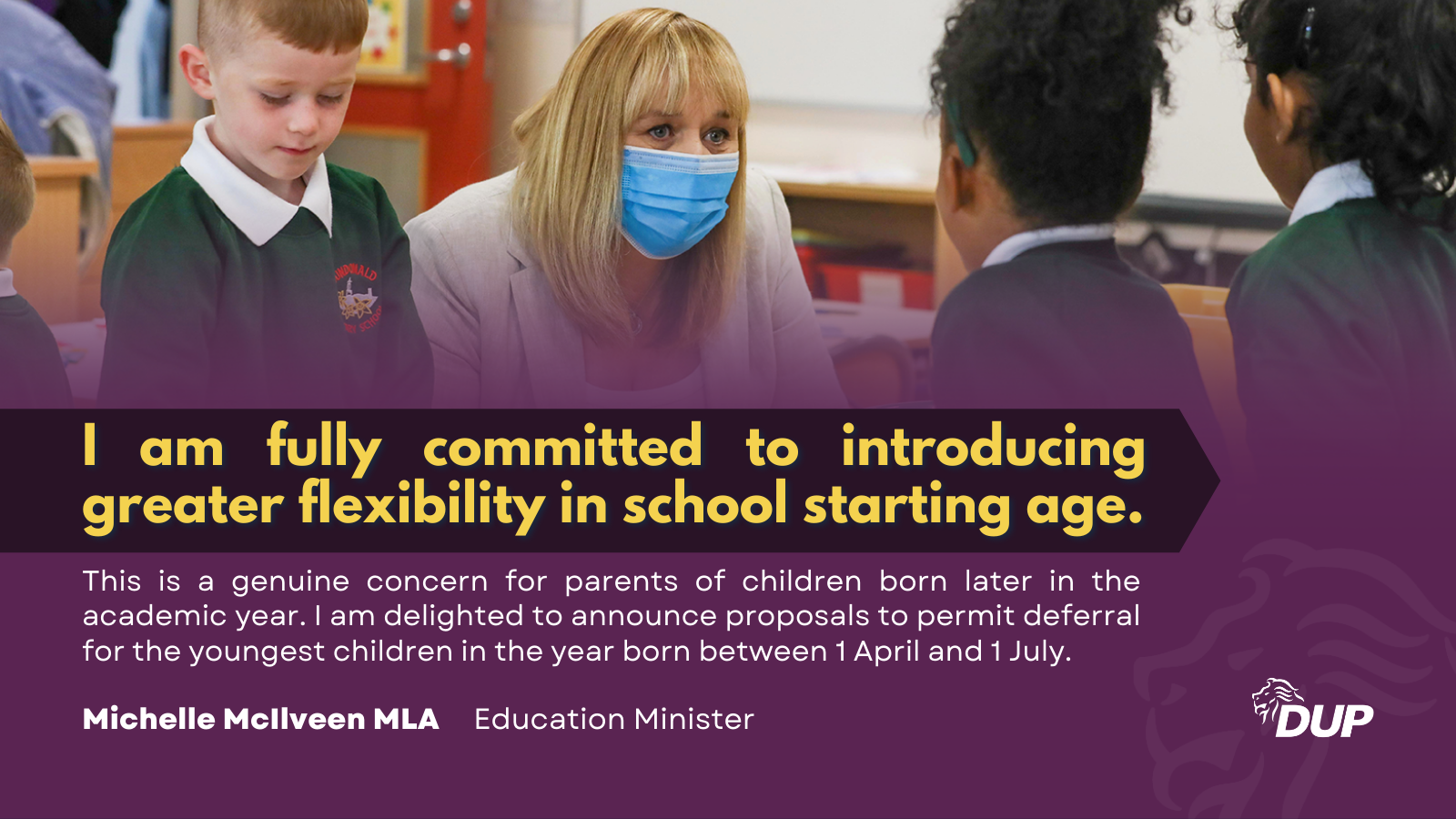 Proposed changes would allow flexibility for younger children born between 1 April and 1 July to defer starting primary school for one year.

Launching the consultation, Education Minister Michelle McIlveen said: “I am fully committed to introducing greater flexibility in school starting age and I understand that this is a genuine concern for parents of children born later in the academic year. I am delighted, therefore, to announce proposals to permit deferral for the youngest children in the year born between 1 April and 1 July.

“Northern Ireland has excellent schools and a well-regarded play-based curriculum in the early years of primary school. The vast majority of children regardless of their age within their class thrive at primary school.

“However, some parents feel that starting school shortly after their fourth birthday is not right for their very young child. They have concerns around issues such as social skills, emotional readiness, the longer school day and independence in personal care.”

The Department of Education is consulting on proposals to introduce a new policy and changes to the law to allow flexibility in school starting age for the youngest children in the year group. Most children will continue to start primary school at the usual time, however, flexibility would allow these youngest children to defer starting pre-school and then primary school for one year. These children would then start pre-school in the September following their fourth birthday and in primary school in September following their fifth birthday. Flexibility would be available on parental request and would not involve an educational assessment.

Concluding, the Minister said: “I encourage as many people as possible to give their views and feedback on the consultation proposals in order to shape final policy proposals and changes to the law on this important issue.”

The consultation on deferral of school starting age will run for an eight-week period, from 9 November 2021 until 4 January 2022.