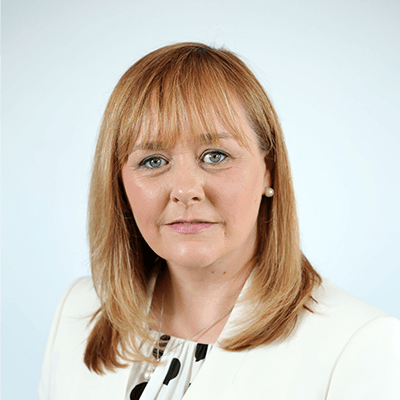 Michelle was member of Ards Borough Council representing Newtownards Town from 2005, until she stepped down in December 2010 to concentrate on her Assembly duties.

This is Michelle’s fourth term as Assembly Member for Strangford having been successfully returned in 2011. She served as the Chair on the Culture, Arts and Leisure Committee until September 2014 when she was appointed as Chair of the Education Committee.

On 11th May 2015 Michelle was appointed as Junior Minister in the Office of the First Minister and deputy First Minister. After the Ulster Unionist Party walked away from the Executive in August 2015 Michelle took on the role of Minister for Regional Development. Following the 2016 Assembly Election Michelle was appointed as Minister for the Department of Agriculture, Environment and Rural Affairs.

From January 2020 - June 2021, Michelle was the Chairperson for the Committee on Infrastructure.

She is also an All-Party Group member on issues concerning Football, Children and Young People and Social Enterprise.

In June 2021, Michelle was appointed as Minister for Education in the Northern Ireland Executive.

McIlveen announces move towards 22.5 hours of funded pre-school for all children