The DUP's Upper Bann MLA Diane Dodds has met with a delegation of Members from the European Parliament and urged the EU to change its negotiating mandate to enable a negotiated deal which unionists can support. 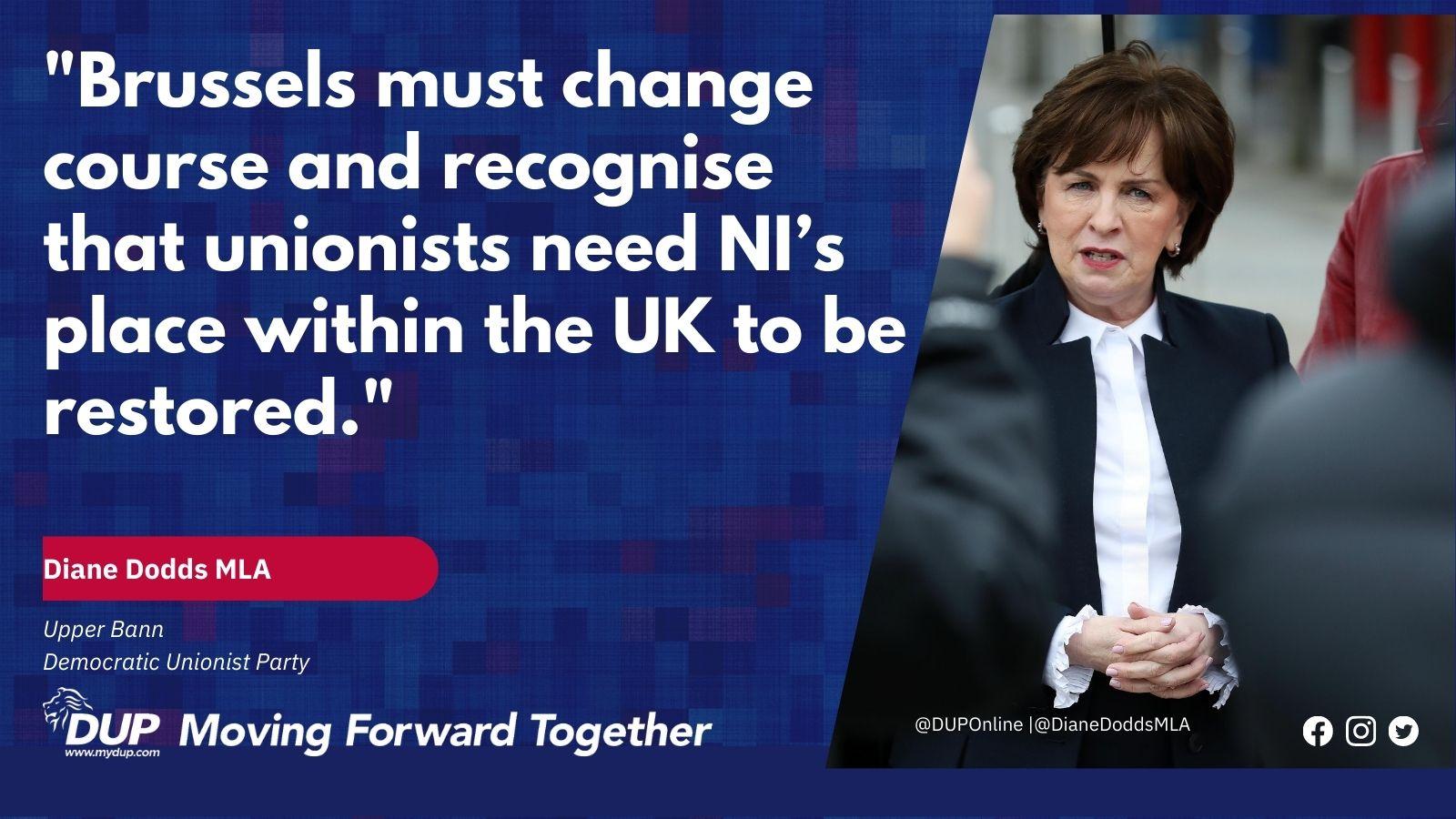 “Progress can only be made if the EU recognises the fundamental concerns of unionists. For two years we operated devolution and sought changes to the Protocol only for talks to flounder as the EU repeatedly told us “there would be no renegotiation”. Indeed, as late as June of this year, EU Vice President Maros Sefcovic told us twice there would be “no renegotiation.”

If a negotiated settlement is to be possible, the EU must change its negotiating mandate. Brussels must recognise that unionists need Northern Ireland’s place within the United Kingdom’s single market to be restored.

Progress can only be made if the Protocol is replaced by arrangements that unionists can support. Either the Government delivers the provisions of the Protocol Bill by legislation or by negotiation and ensures that our place in the United Kingdom is restored or there will be no basis to re-enter Stormont.

We need a sustainable solution rather than a quick fix. As the rest of the United Kingdom plots its own path in the global market there will be divergence and Northern Ireland is constantly going to face new barriers because we are tied to a different set of laws.

If we can secure an outcome which unionists can support, then we will have a stable and sustainable future for devolution in Northern Ireland.”