Dodds – “Taoiseach is inconsistent on dealing with the past”

On Friday morning, as part of an interview on BBC Good Morning Ulster, the Taoiseach committed to meeting with representatives of families and cooperating with them where they feel the Irish Republic has not been forthcoming on Troubles related cases. 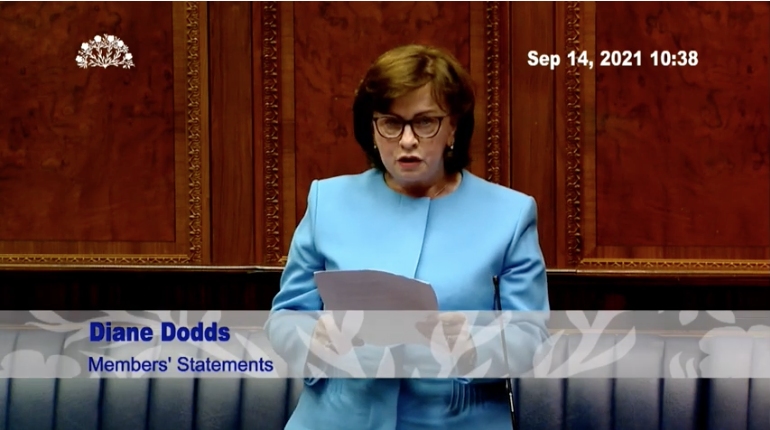 “I am astounded at the comments by the Taoiseach during his interview on Good Morning Ulster and have written to him setting out my concerns.

In September 2021, I wrote to the Taoiseach on behalf of the Sproule family, requesting a meeting and almost five months later I received a dismissive response from his office.

The Taoiseach talks about his desire for reconciliation and need to restore trust between the communities living on this Island yet given his recent refusal, his remarks today can be construed as nothing more than a PR stunt.

His hypocritical and inconsistent position adds only to the alienation and disappointment felt by the Sproule family, and many others who lost loved ones during the Troubles.

I do recognise however, that the Taoiseach made a commitment to meet with representatives of families and ‘see’ what he can do to be cooperative. These remarks can only be considered as an invitation to redress the egregious ill-treatment of Mr Sproule’s family by the Taoiseach in recent days.

This morning, I have again written to the Taoiseach to request a meeting on behalf of the Sproule family. His response and that of his government will reveal the sincerity of his remarks.”

Ian Sproule was murdered by the IRA outside his home near Castlederg in April 1991.

There have long existed allegations of collusion between the Provisional IRA and the Garda in relation to the murder of Mr Sproule. These allegations surround an official Garda security document which was leaked to the IRA and subsequently presented to journalists by the terrorists as a presumed justification for Ian’s murder.

The Garda had allegedly requested information on Mr Sproule from the RUC just weeks prior to his murder.

The findings of the internal Garda investigation into the alleged collusive elements have been withheld from the family for over 20 years.