Dodds – “SoS should focus on a durable outcome”

DUP Upper Bann MLA Diane Dodds has said previous opportunities to deal with the Protocol were squandered by London and Brussels and urged both sides to ensure the Protocol was replaced by arrangements that unionists can support. 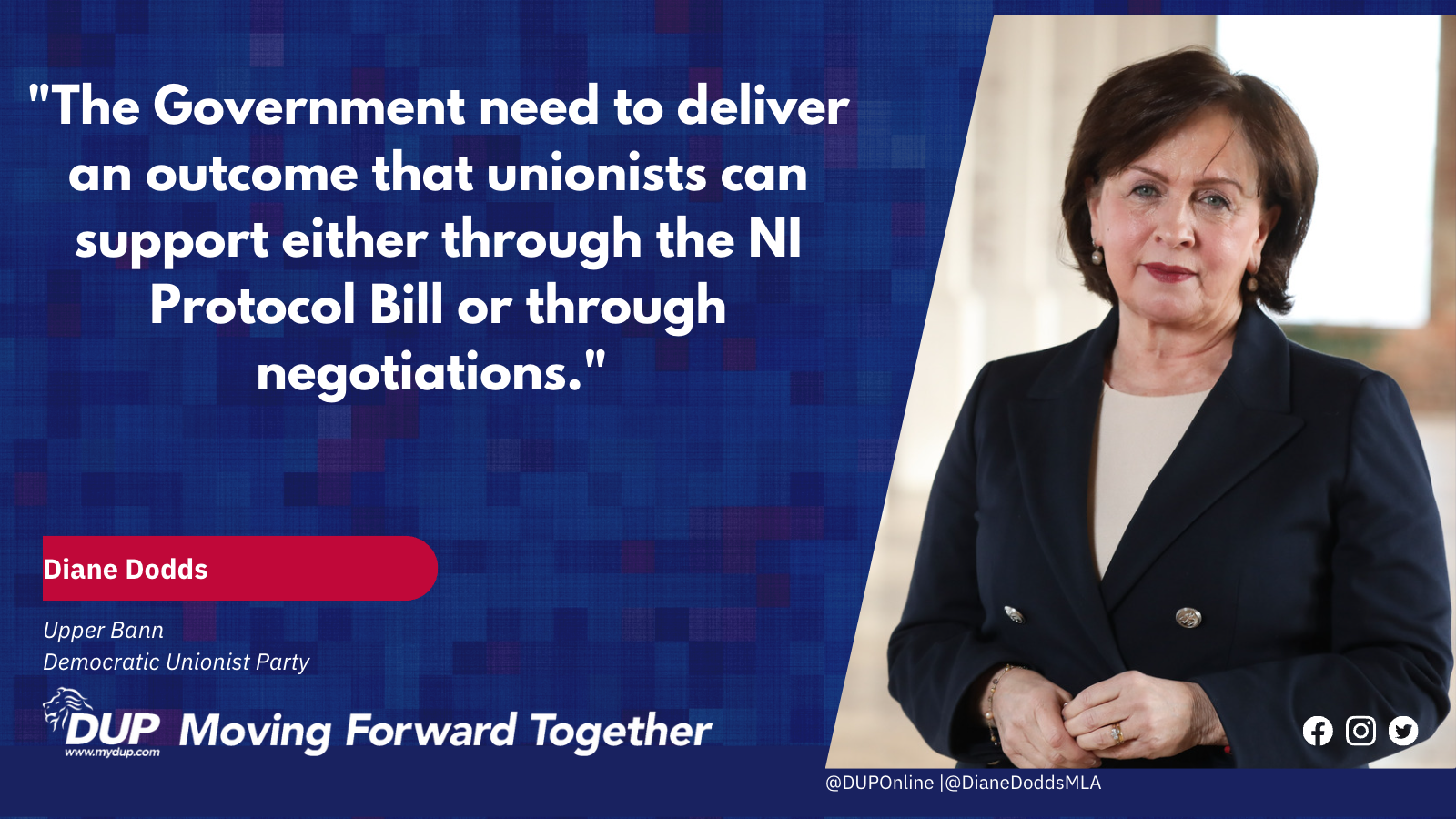 “Unionism is united in opposition to the Protocol and would have demonstrated such unity at the ballot box. We have a mandate for the action we have taken and would have happily renewed and strengthened our mandate had a December poll taken place.

Both the Government and the EU have been aware of our consistent position regarding the sustainability of Stormont since February 2021 and successive Prime Ministers and Secretaries of State have squandered that time.

Whilst the last two years have been fruitless, because of Brussels being in denial about the flawed Protocol, the Secretary of State should use this time wisely to ensure that the Protocol is replaced by arrangements that restore Northern Ireland’s place in the United Kingdom.

The Government need to deliver an outcome that unionists can support either through the NI Protocol Bill or through negotiations. But they must realise that there will be no return for fully functioning devolved government until the Protocol is dealt with.

Political progress in Northern Ireland has been hard won but fundamentally it is built on the support of unionists and nationalists. London and Brussels must recognise that real progress can be made but never by one section of our people dominating another. That will never produce durable or balanced outcomes.”