DUP Upper Bann NI Assembly candidate Diane Dodds has said the threat from the Protocol on the supply of Covid tests is the latest demonstration of how it is harming Northern Ireland. 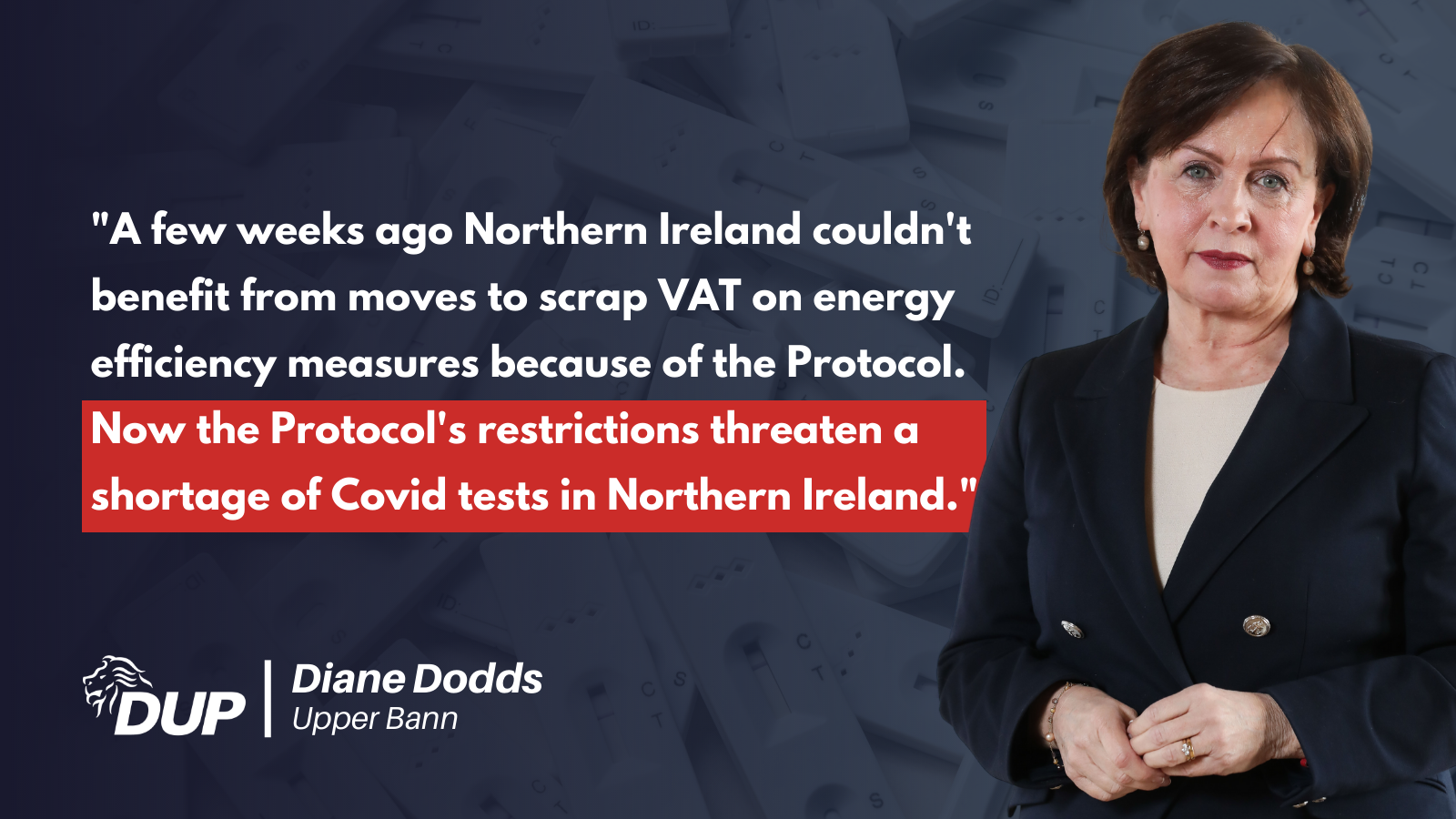 "We have a five-point plan for Northern Ireland. Part of it focuses on dealing with the Protocol. This is further evidence of why the Protocol needs removed.

The financial cost of the Protocol can be measured but the true cost in relation to VAT, medicines, Covid tests and damaged relationships is much, much greater. The Government have a responsibility to fix this crisis and to meet their own commitments about restoring Northern Ireland's relationship with the rest of the United Kingdom.

The Protocol's cheerleaders need to accept the truth about the Protocol. The Government appears to have accepted that truth, but they now need to act."