Chancellor must tax the multinationals and support working families

Speaking ahead of the Chancellor’s statement the DUP’s East Antrim MP Sammy Wilson and South Down MLA Diane Forsythe called for a proper windfall tax on energy generators and the delivery of supports for working families. 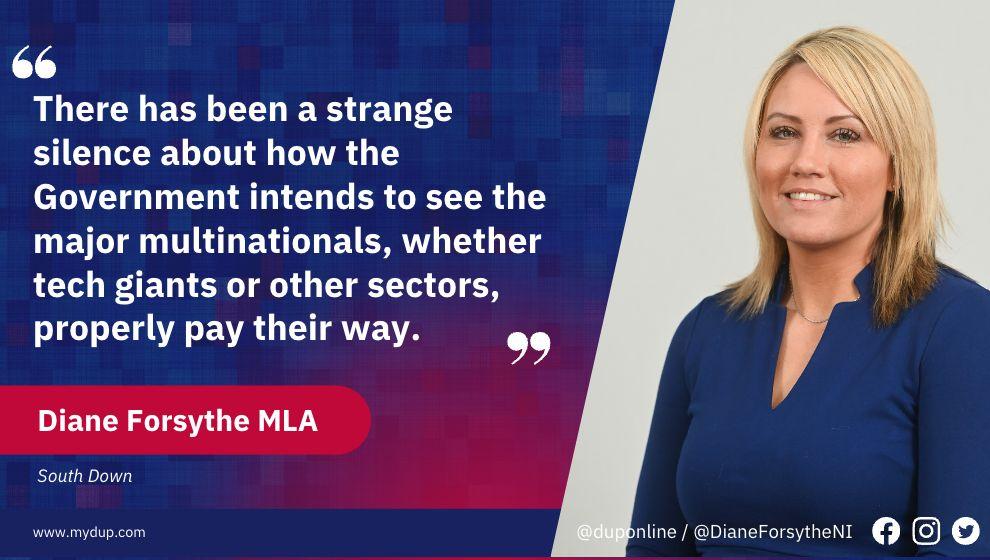 “People will be waiting with trepidation to hear the contents of the Chancellor’s statement. There has already been significant gloom and doom briefed out ahead of time, and a warning of the severe economic consequences of what will be proposed.

He has already trailed a big increase in personal taxation and over the period covered by the statement it will be the equivalent to increasing the basic level of income tax by 4p. Spending cuts have also been highlighted ahead of the statement. This will have significant consequences for the amount of money available to Government Departments in Northern Ireland.”

“The former SF Finance Minister has already been caught out with his claims about the size of the budget deficit we face and the Fiscal Council has highlighted that. Any further real terms spending cuts will see the dishonesty exposed of those who claim there is some kind of financial magic wand available to Stormont to deal with the problems we currently face.

There has been a strange silence however about how the Government intends to see the major multinationals, whether tech giants or other sectors, properly pay their way. Some cynically avoid paying tax to the United Kingdom by shifting profits, whilst energy companies have profited from the impact of Russia’s invasion of Ukraine. There has been no advance trails about how the government intends to secure the billions of pounds of taxation which is being lost from these companies.”

“We also expect to see a clear commitment on delivery of the £400 energy support payments to people in Northern Ireland. This would meet the promises made as recently as this week. The Government must ensure that support reaches the most vulnerable, and protect pensioners with the ‘triple lock’.”