East Londonderry MP Gregory Campbell has questioned why the BBC has remained silent on serious allegations levelled against the Sinn Fein President and her Party. 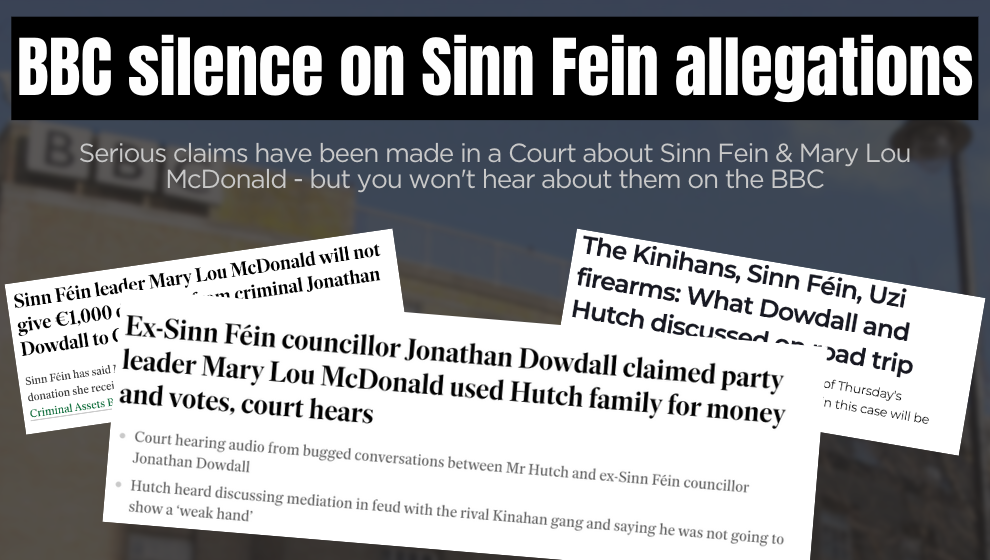 The DUP MP said, “The ongoing trial at the Special Criminal Court in Dublin is of major significance to both the Republic of Ireland and Northern Ireland. Despite this, there has been silence from the BBC despite significant questions being raised about Mary Lou McDonald and Sinn Fein as a whole.

Whilst they are not the only media organisation who appears to have downplayed this trial, the BBC is not only taxpayer funded but regularly tells us of both its impartiality and independence. It also happily covers many other stories within the Republic of Ireland, yet an issue of significant public interest is being ignored. The BBC’s Charter sets out the Corporation’s 5 public purposes. Their current silence makes a mockery of these. Reporting this makes no presumption of guilt but avoiding reporting on it raises fundamental questions about the BBCs approach to ‘fairness’.

Why does the BBC not report on a Party leader facing such serious allegations around money and votes? They wouldn’t offer any other political party such comfort, so why have they done it for republicans?”