DUP East Antrim MLA Gordon Lyons has said the Alliance Party’s fixation with the “full implementation” and “rigorous implementation” of NI Protocol is reckless and is more about worshipping Brussels than moving Northern Ireland forward. 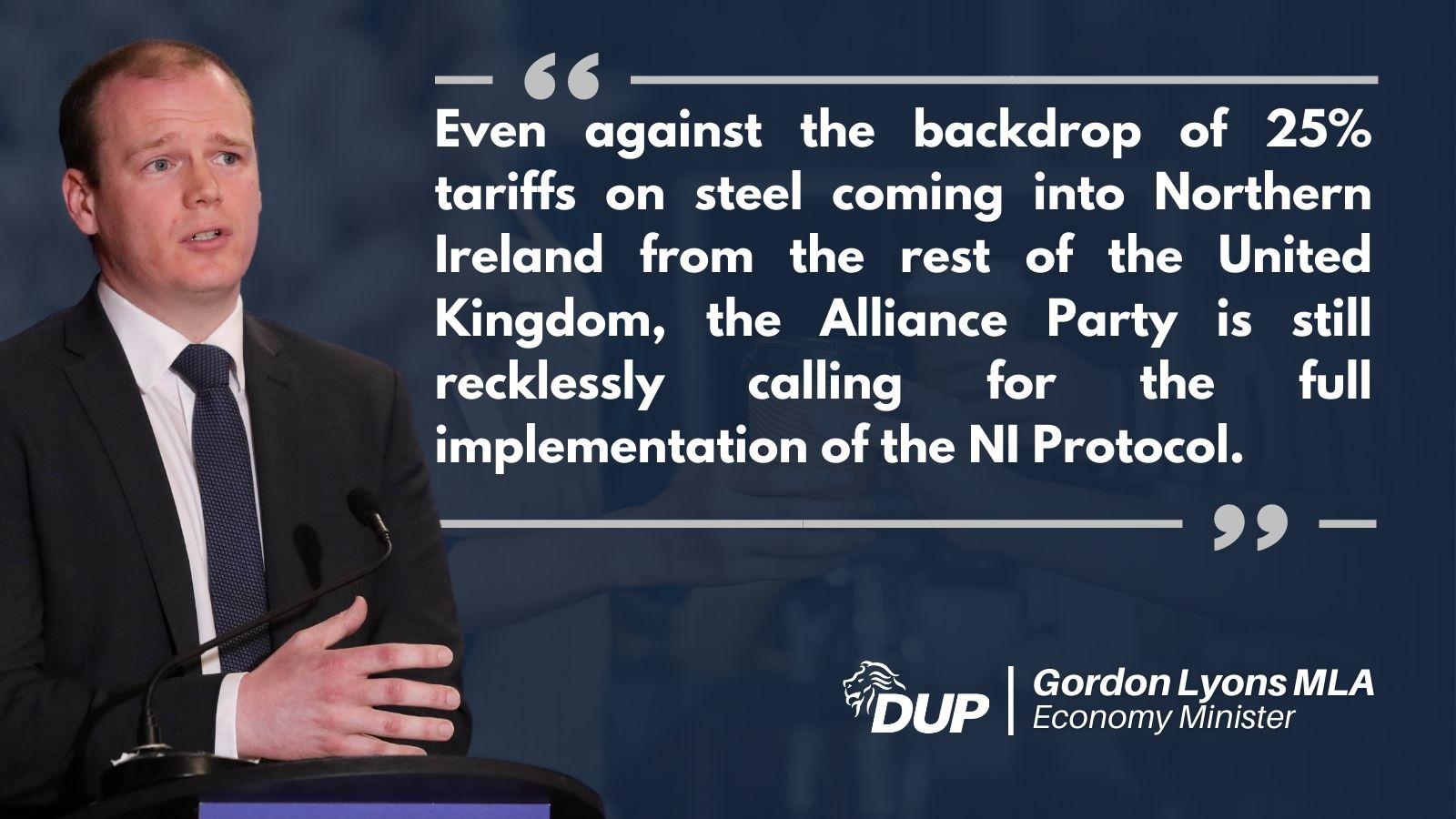 “Even against the backdrop of 25% tariffs on steel coming into Northern Ireland from the rest of the United Kingdom, the Alliance Party is still recklessly calling for the full implementation of the NI Protocol. Such an obsession with slavishly heeding every Brussels demand is deeply damaging to Northern Ireland both economically and politically.

Full implementation would mean our bags being checked as we travel from Scotland to Belfast or London to Belfast, border posts being erected at all our ports driving up delays and costs for transporting goods between GB and NI, chaos for vital pet medicines which come from GB and less on our supermarket shelves with higher prices.

When the Government unilaterally extended the chilled meats grace period, the EU began legal proceedings to overturn the grace period. Brussels is suing us over enabling Sainsburys and Iceland to move sausages from England to Northern Ireland. The Alliance Party’s submission to Brussels indulges the EU’s heavy tactics against Northern Ireland. The other pro-protocol parties namely Sinn Fein and SDLP should also clarify if they still want the Protocol "fully implemented".

Whilst the Alliance Party rolls over to every Brussels’ demand, we will seek the replacement of the Protocol with arrangements that restore our place within the UK internal market and can command the support of Unionists as well as Nationalists.”