DUP East Antrim MP and Treasury spokesman Sammy Wilson has welcomed the Chief Secretary to the Treasury’s commitment that Northern Ireland will receive the energy support payment, despite the absence of an Executive. 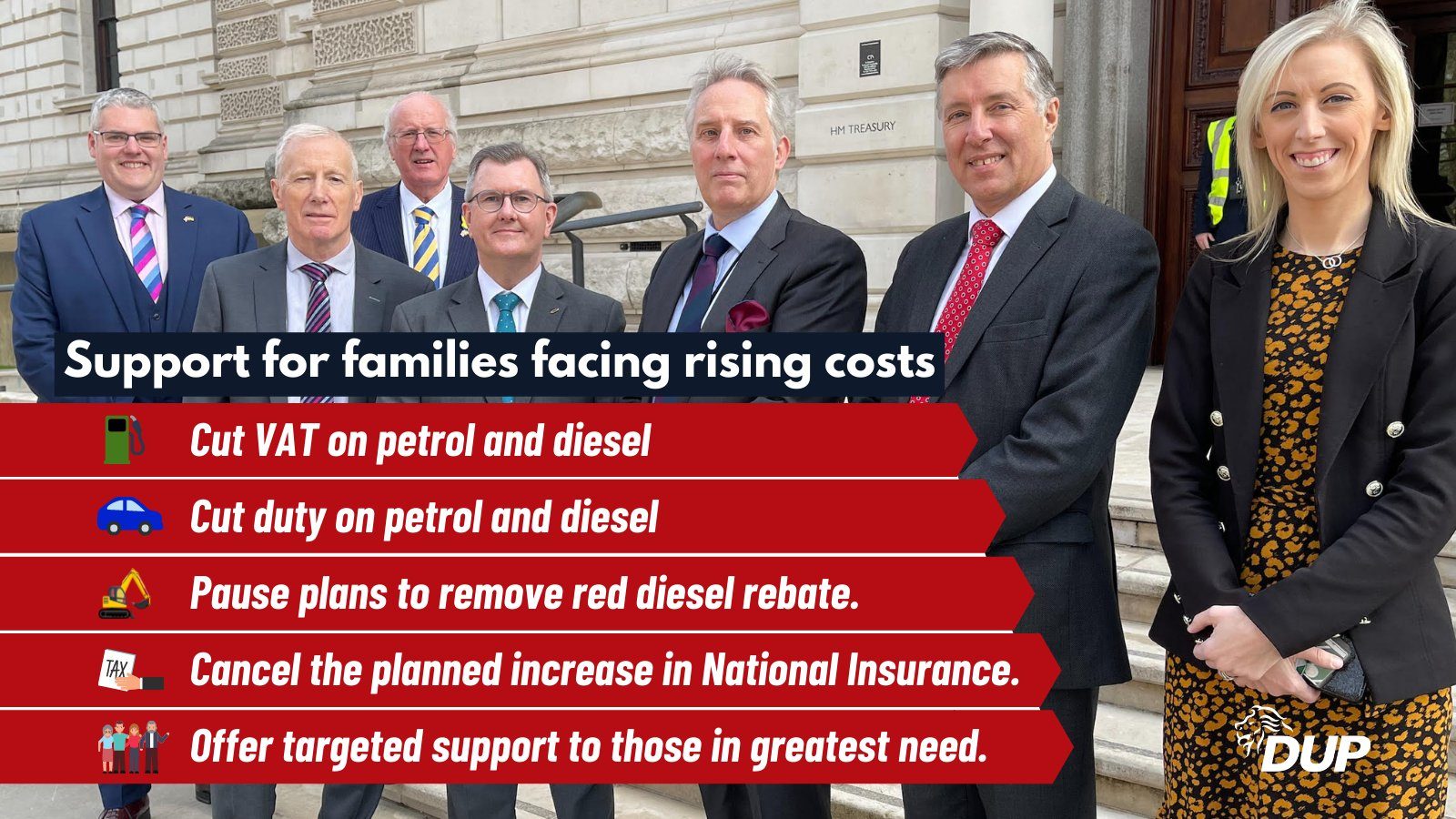 “The Chancellor made clear that every household would get this payment in the autumn and I’m glad that the Chief Secretary to the Treasury has reaffirmed this commitment to Northern Ireland by writing in the Belfast News Letter. There is plenty of time for the Government to get the arrangements in place to ensure people get the help they need.

It was disgraceful that Sinn Fein, aided by their wee helpers in the Alliance Party and the SDLP, sought to manufacture a crisis over this matter by threatening that NI would not get the energy support payment.

Whilst Sinn Fein and their wee helpers were politically postering, it was the DUP that was presenting papers to Treasury outlining the type of supports that are needed to help families.

The DUP proposed a windfall tax in our manifesto and supported the idea in Westminster when others were squabbling. It is this windfall tax which will, in part, pay for this package of supports. It was the DUP that proposed the targeting of money to help the families struggling most rather than a one-size fits all approach.

It was the DUP that proposed the money be delivered in the most effective way through Westminster rather than relying on an inept Finance Minister who, when Stormont was fully functioning, even failed to produce a budget acceptable any party except his own.

Despite the doom-mongering of the pro-protocol parties, we will stick to our promise that until the Protocol is resolved an Executive will not be formed but at the same time, we will use our influence to address the real challenges faced by families across the country.”