DUP East Antrim MP Sammy Wilson has said that as well as the Treasury, failed Finance Minister Conor Murphy must take his share of the responsibility for the blackhole in Northern Ireland’s finances. 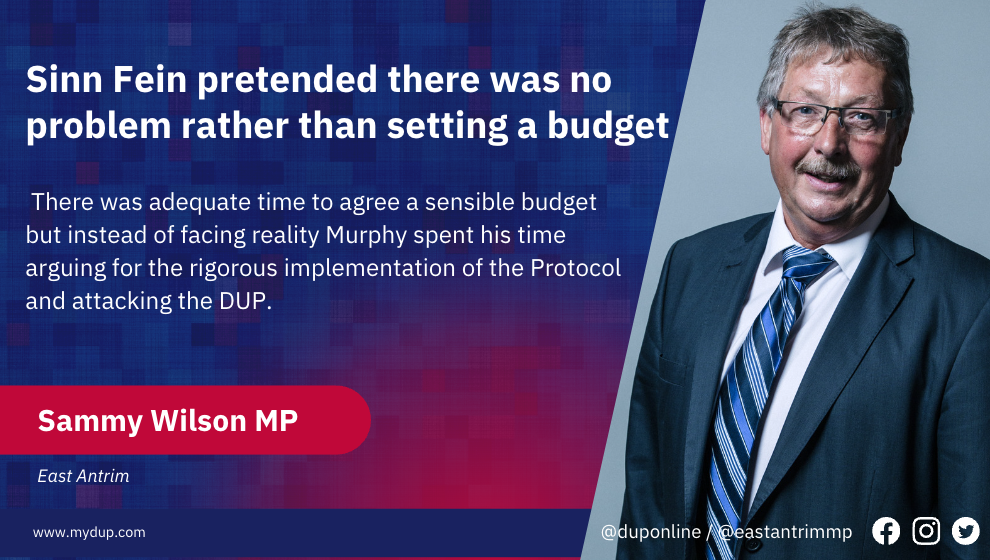 “The budget process in Northern Ireland started in October 2021 yet Conor Murphy failed to set a budget and we are now reaping the consequences. Indeed up until the Fiscal Council confirmed the blackhole, Sinn Fein was arguing that there was millions of spare cash in the Executive “waiting to go into people’s pockets.”

To blame the lack of an Executive is also an utter lie given that the First Minister only resigned in February. There was adequate time to agree a sensible budget but instead of facing reality Murphy spent his time arguing for the rigorous implementation of the Protocol and attacking the DUP.

This blackhole is the responsibility of the Government for a lack of funding but the former Finance Minister must also take his share of responsibility due to poor fiscal management.

Whilst Sinn Fein sat on their hands pretending there was no problem, DUP Ministers made sensible spending decisions to ensure vital services could be protected.”