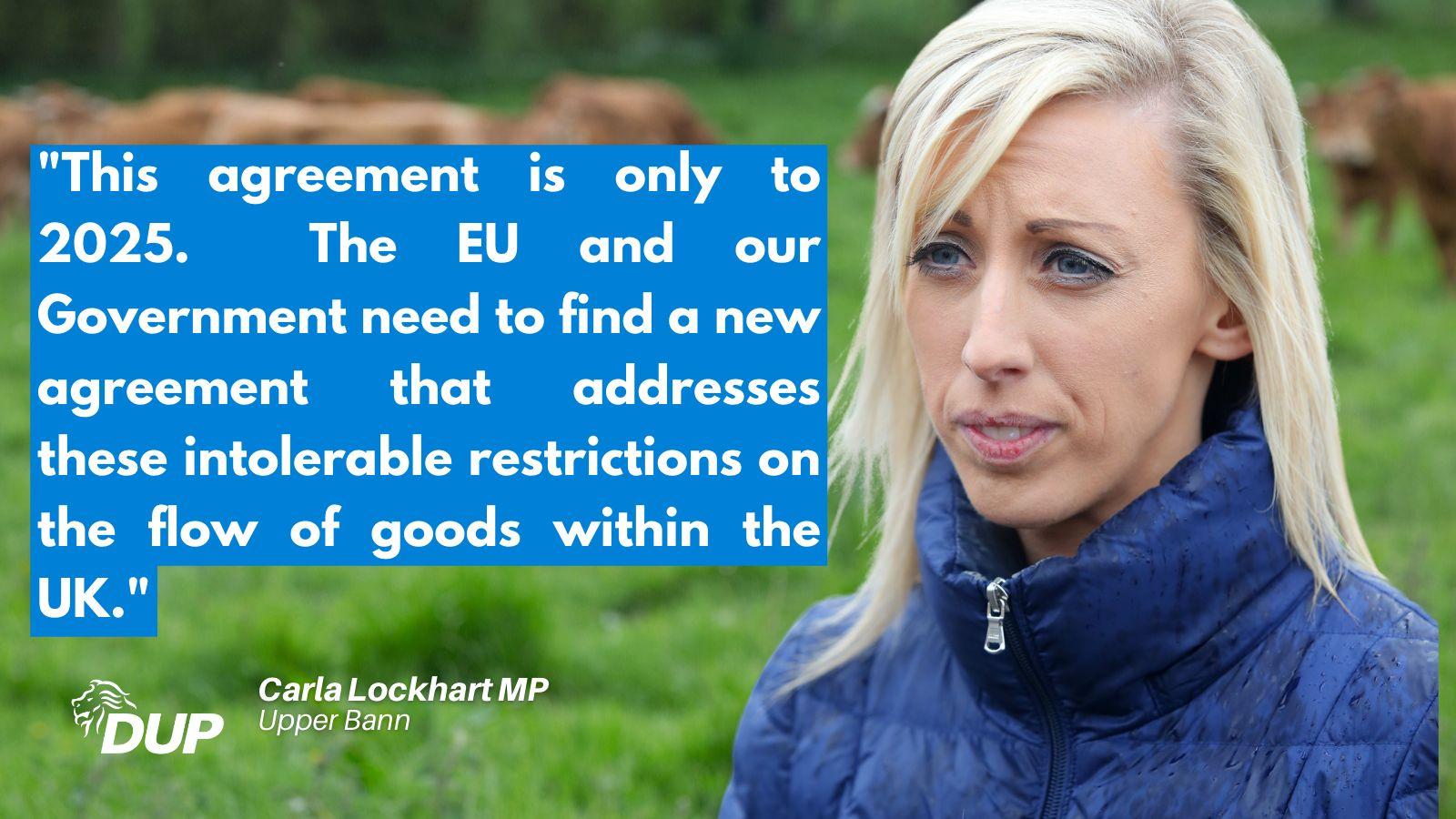 “For many months we have been highlighting the looming animal welfare and animal health crisis that was possible from 1st January 2023 because of the Northern Ireland Protocol.

The British Veterinary Association estimated that, without an extension to grace periods, we would see over fifty per cent of veterinary medicines withdrawn from the Northern Ireland because they are sourced from mainland UK. The impact such a scenario would have had on our world leading animal health and animal welfare standards would have been devastating.

Whilst clarity would have been welcome earlier, this extension of grace periods is good news in so far as it removes the immediate threat to supply. However, what it does not do is solve the fundamental issue here. That is the unacceptable situation whereby the Northern Ireland Protocol hands power to the EU over our veterinary medicines.

The EU suggest the solution for local vets is to reorientate supply chains. This is their way of telling Northern Ireland businesses to stop trading with their UK counterparts, and instead to trade with the EU. Such a stance is offensive to anyone who values the economic integrity of the United Kingdom.

Grace periods are only sticking plaster solutions. This whack-a-mole approach must stop. This agreement is only to 2025. The can has only been kicked down the road. What we need urgently is the EU and our Government to find a new agreement that addresses these intolerable restrictions on the flow of goods within the UK.”