The DUP’s Lagan Valley MLA Emma Little-Pengelly has called on all partner organisations who provide funding and sponsorship for the West Belfast Festival to voice their position on pro-IRA chants. 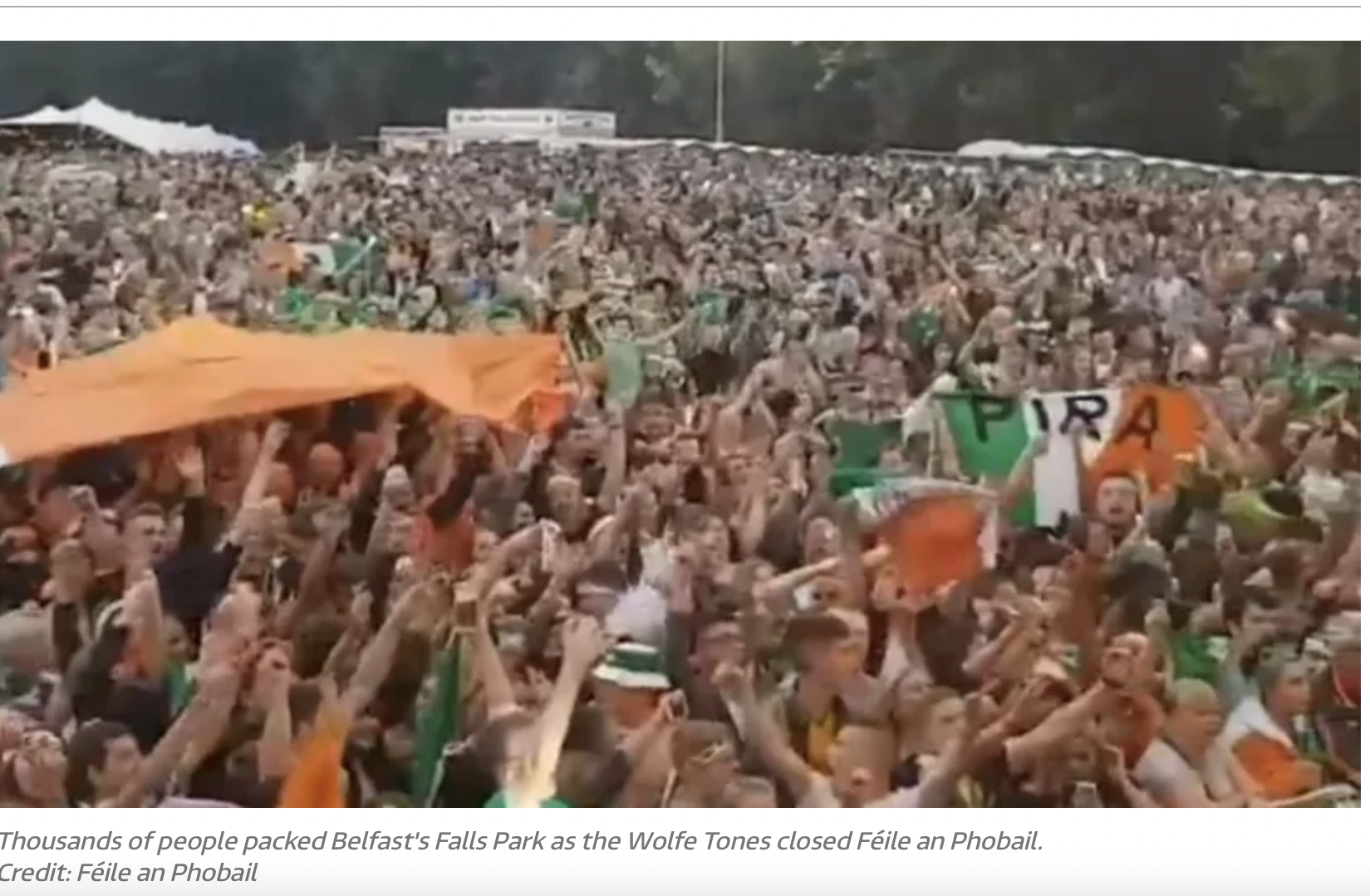 “The West Belfast Festival hosted a programme which was interspersed with raw sectarian hate. Repeated chants throughout the concerts about the Provisional IRA, led by the musicians on the stage, require leadership from all the Festival funders.

I will be writing to all known sponsors and partner organisations asking them to outrightly condemn the “up the Ra” chants at the event and outline what action they have taken regarding their support for the Festival.

Public money cannot be used to fund an event which year after year spends hours glorifying the terrorism of the PIRA. Any organisation is entitled to apply for any grant but there are always conditions attached to funding. Central to many grant awards is a commitment to good relations. This festival has set good relations back decades for tens of thousands of teenagers. Rather than moving Northern Ireland forward, this festival is dragging us backwards.

The vast majority in Northern Ireland want to move on and work together to build a thriving, better future for everyone. This can only be done in a way which cultivates respect, and abhors the shameful violence of the past.

We not only need to see leadership from the sponsors but also the self-declared “First Minister for all”. Where is Michelle O’Neill?

When Michelle O’Neill declared that there was no alternative to PIRA violence, it is no surprise such commentary has then led to a new generation chanting in this manner.”