South Down DUP MLA Diane Forsythe has welcomed the UEFA sanction against the FAI after their senior female team celebrated qualifying for the World Cup in Australia by singing a pro-IRA song. Ms Forsythe had written to the UEFA immediately after the incident in October 2022. 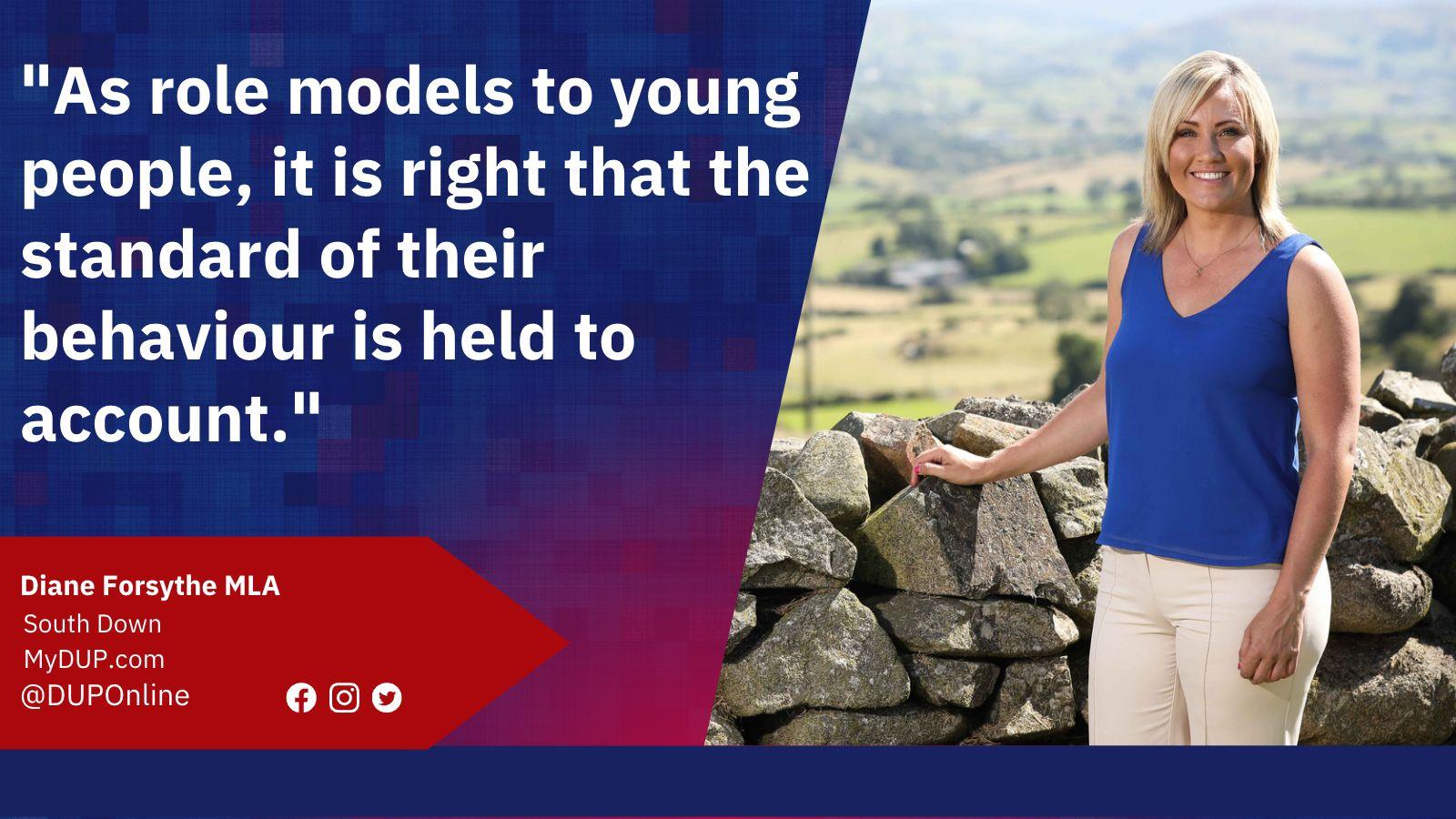 “UEFA stated that this incident was a "violation of the basic rules of decent conduct". This is proper recognition of the offensive nature of “ooh Aah Up The Ra” and UEFA is correct to impose this fine. As role models to young people, it is right that the standard of their behaviour is held to account. This action however stands in contrast to the inaction by other organisations when similar chants have taken place.

Republican terrorists were responsible for 60% of the deaths during the Troubles. People of all ages, all genders and all faiths were systematically targeted and murdered in the most cruel manner by the IRA. Some of those families whose loved ones were murdered have never even been told where the IRA buried their loved one.

The Sinn Fein leadership continue to justify and celebrate the IRA rather than recognise they were a barbaric, cruel and illegal terrorist organisation. For anyone to be glorifying the IRA is utterly insensitive to IRA victims.”