First Minister Paul Givan has praised the courage and sacrifice of police officers who have lost their lives in the line of duty.

The First Minister was speaking after attending the dedication ceremony for the UK Police Memorial at the National Memorial Arboretum in Staffordshire. 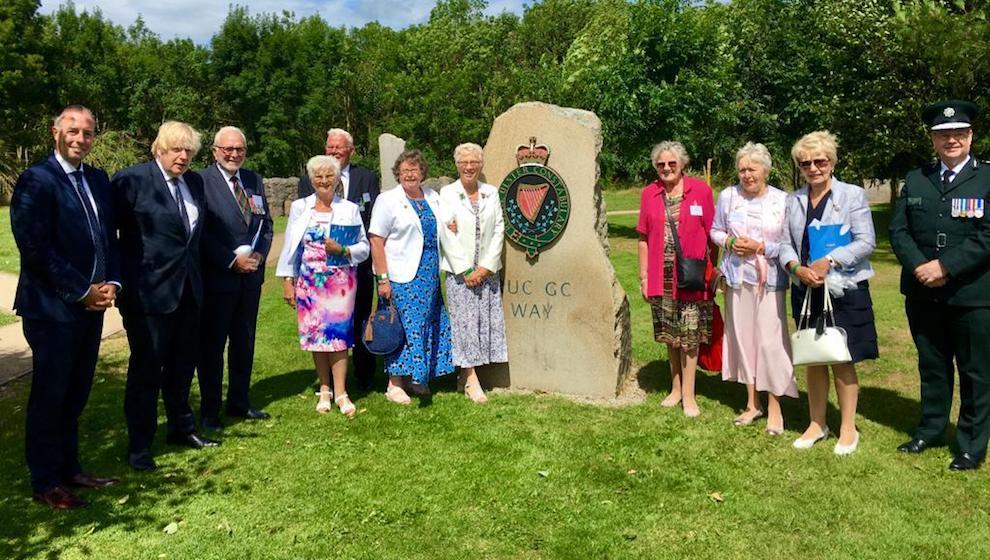 Mr Givan laid a wreath commemorating all those from across the police service who died on duty and said the memorial was a fitting tribute to those who had lost their lives to protect us all.

Mr Givan said: “We owe a huge debt of gratitude to all those police officers who have made the ultimate sacrifice in serving their communities and protecting their fellow citizens.

“This beautiful and iconic memorial in the peaceful setting of the National Memorial Arboretum serves as a lasting reminder of the high price paid by the men and women who put their lives at risk day and daily to keep us safe.

“The memorial commemorates all personnel who have lost their lives since the formation of the world’s first recognised police service, the Bow Street Runners in 1749.

“Sadly, since that time, almost 5,000 police officers and staff have died on duty, 1,500 from acts of violence.

“I was privileged to join HRH the Prince of Wales at the Royal Ulster Constabulary Memorial, and meet the families of former officers. It was a powerful and poignant reminder of what the police here in Northern Ireland endured, and the immeasurable courage they showed.”

Mr Givan added: “I want to pay tribute to the Trustees of the Police Arboretum Memorial Trust for their endeavours in bringing this permanent memorial to fruition following a seven-year fundraising campaign.

“My thoughts are also with the families whose loved ones died protecting the public and the sacrifice they made.

“The memorial ensures the memory of those fallen police officers and staff lives on, and reminds us all of the selfless dedication, bravery and commitment of those who continue to serve, risking their lives to protect us all.”