“This episode must be a catalyst for change” Dodds 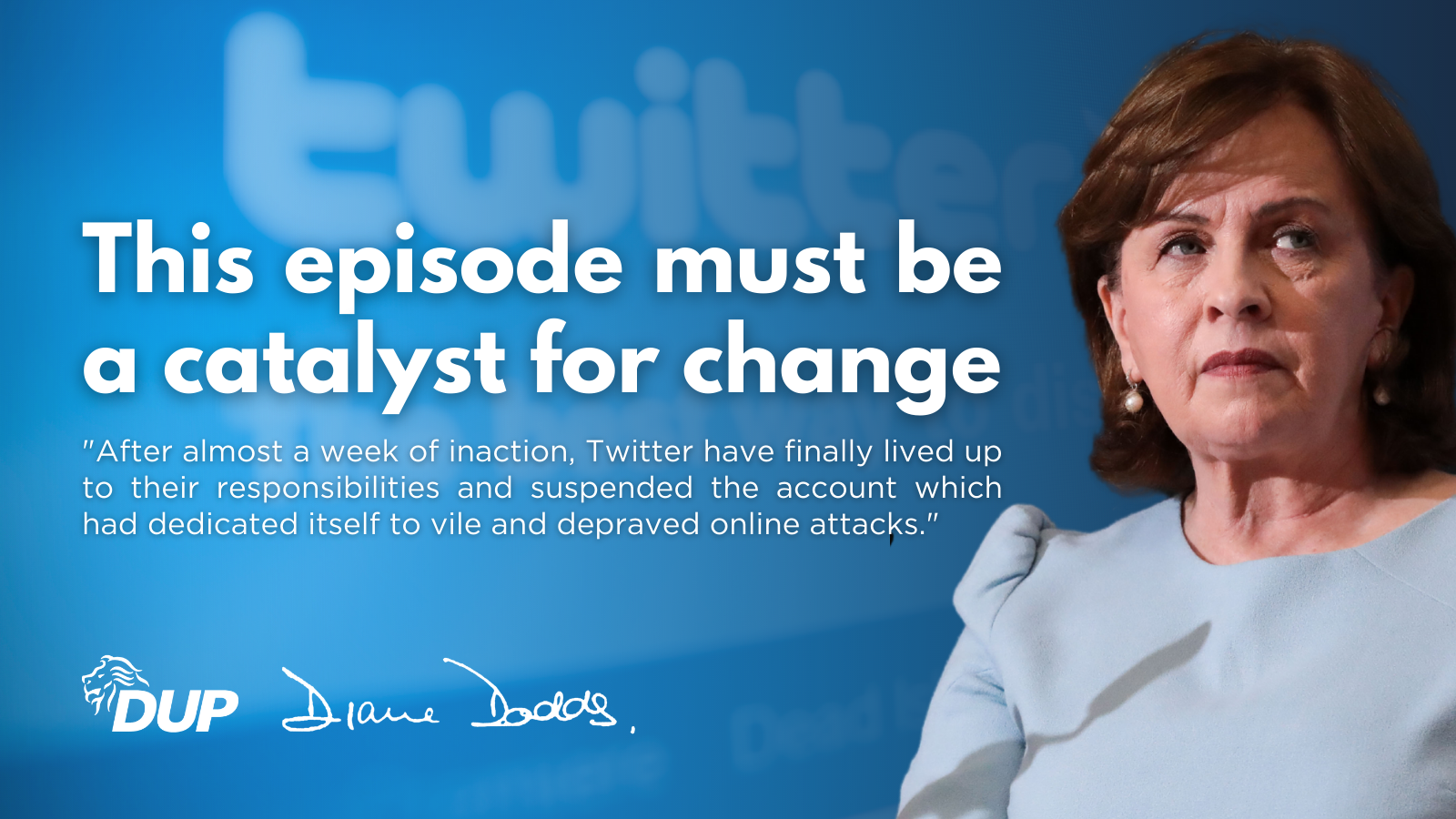 Her comments come after the social media company’s belated confirmation that they have suspended the account responsible for the vile and depraved online attacks.

“After almost a week of inaction, Twitter have finally lived up to their responsibilities and suspended the account which had dedicated itself to vile and depraved online attacks.

I have been truly humbled and touched by the groundswell of support and encouragement from across Northern Ireland and I have no doubt that the universal revulsion at these disgraceful actions forced Twitter to act.

This episode must be a catalyst for change in protecting online users from those fuelled by hate. Twitter must take swift and decisive action to cooperate with the police to bring such individuals to justice and implement safeguarding policies.

For my part, I will continue to advocate for victims of online attacks and support the introduction of legislative action to properly protect users from these cowardly attacks.”