The Lords, if it chose, could accelerate the Protocol Bill

DUP North Antrim MP Ian Paisley has said the NI Protocol Bill must keep moving and the main levers to help working families this winter rest in Westminster rather than the devolved regions. Mr Paisley was addressing local party members and supporters in North Antrim. 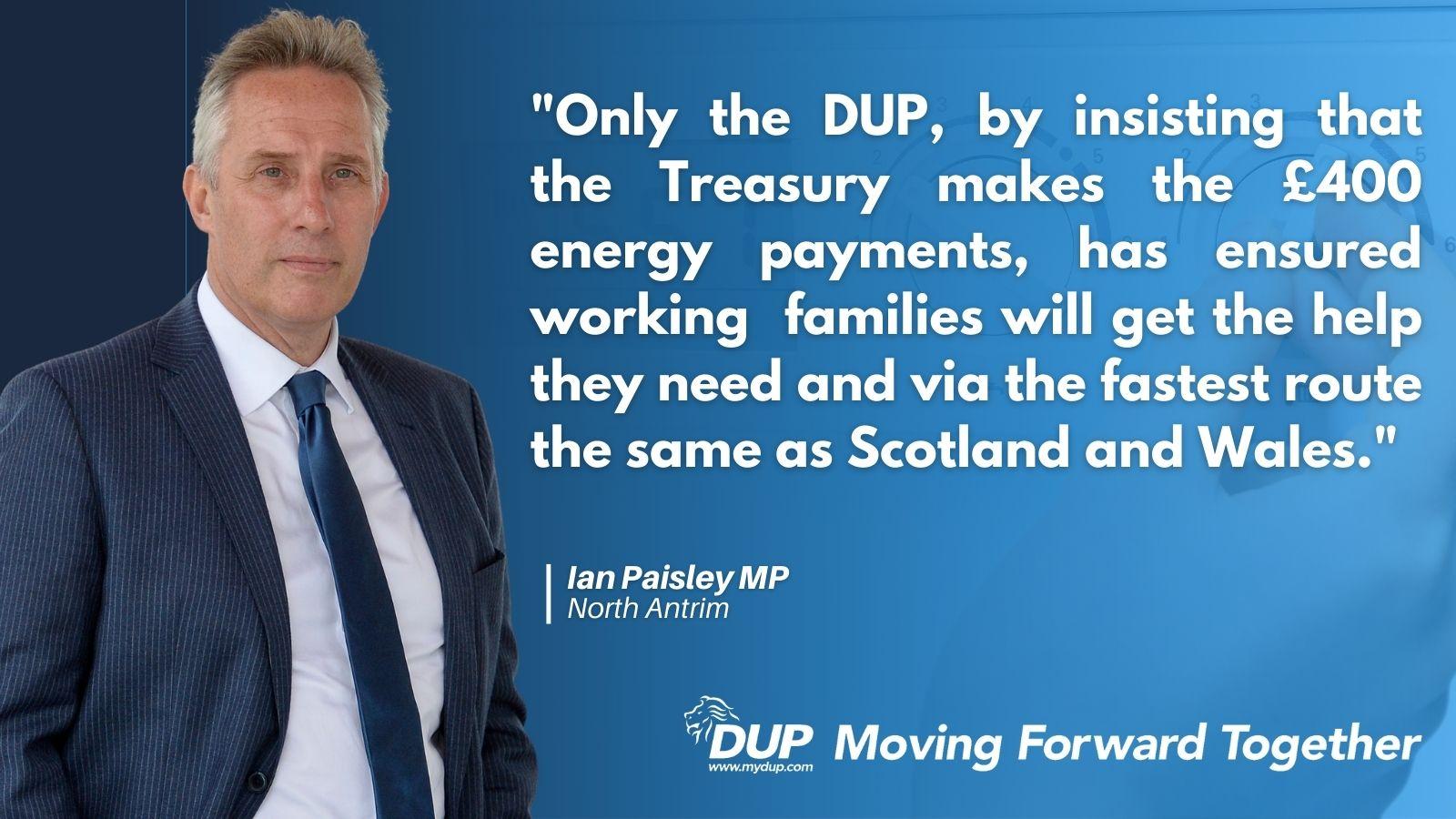 Extracts from a speech by Ian Paisley MP to North Antrim Association.

“Several key staging posts are ahead of the people of Northern Ireland. The election by the Conservative Party of its new leader and Prime Minister of the United Kingdom will mean they will immediately have to confront how the government deals with the Northern Ireland protocol.

The new Prime Minister will have no breathing room, no honeymoon period. They will need to take immediate actions to protect the integrity of the Union and demonstrate to the EU that the protocol reign is now over. That Northern Ireland’s place in the U.K. internal economic market is restored and that never again will a part of the UK’s territory be treated with such contempt.

Just last week 25% tariffs were placed on our manufacturing base for steel imports to satisfy the EU single market requirements. This is another warning that Northern Ireland’s economy is in danger of being smothered by the EU.

I’m not in least bit surprised that nationalist and republican parties are protocol backers. The “rigorous implementation” brigade.

Making Northern Ireland an economic basket case has always been at the heart of republicanism. It is shameful however, that the Alliance Party is still calling for the “full implementation” of the Protocol. Republicans failed to undermine Northern Ireland by violence but now grasp an opportunity to use the EU and protocol bureaucracy to destroy our economic heart.

With parliament’s return from recess the legislation that will enable the new Prime Minister to act will commence its journey in the House of Lords. We already have those members of the Lords, who claim “expertise” over all things Northern Ireland, saying they will decimate the Protocol Bill and will frustrate and prolong its passage through the House of Lords.

The Lords, if it chose, could accelerate the passage of this Protocol Bill and have it back to the House of Commons for Royal Assent in a week if it wanted. That would be the right thing to do.

Every day the House of Lords delays the Government in dealing with the protocol, they also delay fully devolved government. The Lords must take responsibility for whether or not political stability is restored soon.

If the UK government, under a new Prime Minister, is delayed in making progress on the protocol by shenanigans in the Lords, they will be forced to think about enabling Departments here to make decisions without an NI Executive and Assembly. So action is required now.

At this time of economic hardship Northern Ireland requires support. Just like in the Covid pandemic, help on that scale is found in London. Only the Treasury has the fire power needed to get working families through this winter.

The last few weeks of public wrangle about energy payment was a shameful act by political rivals to use energy payments as leverage against the DUP. They were more focused on using the scheme to attack the DUP than deliver for working families.

Only the DUP, by insisting that the Treasury make these energy payments, has ensured the payments will happen and by the fastest route. Otherwise, this dispute would have run on for months and been used to blackmail folk over the protocol.

The Republic of Ireland will have to take much of the blame for this. Throughout the Brexit negotiations they talked up the prospect of a border war campaign by dissident republicans who claimed if there was even “one more camera” placed on the current border on our island there would be trouble. They spooked other European leaders with photographs of security installations.”