North Down DUP MLA Stephen Dunne has rejected the Communities Minister's "ridiculous" excuses on sub-regional football stadia funding and said they were an insult to clubs that have been kept in limbo because of the Minister's dithering and delay. 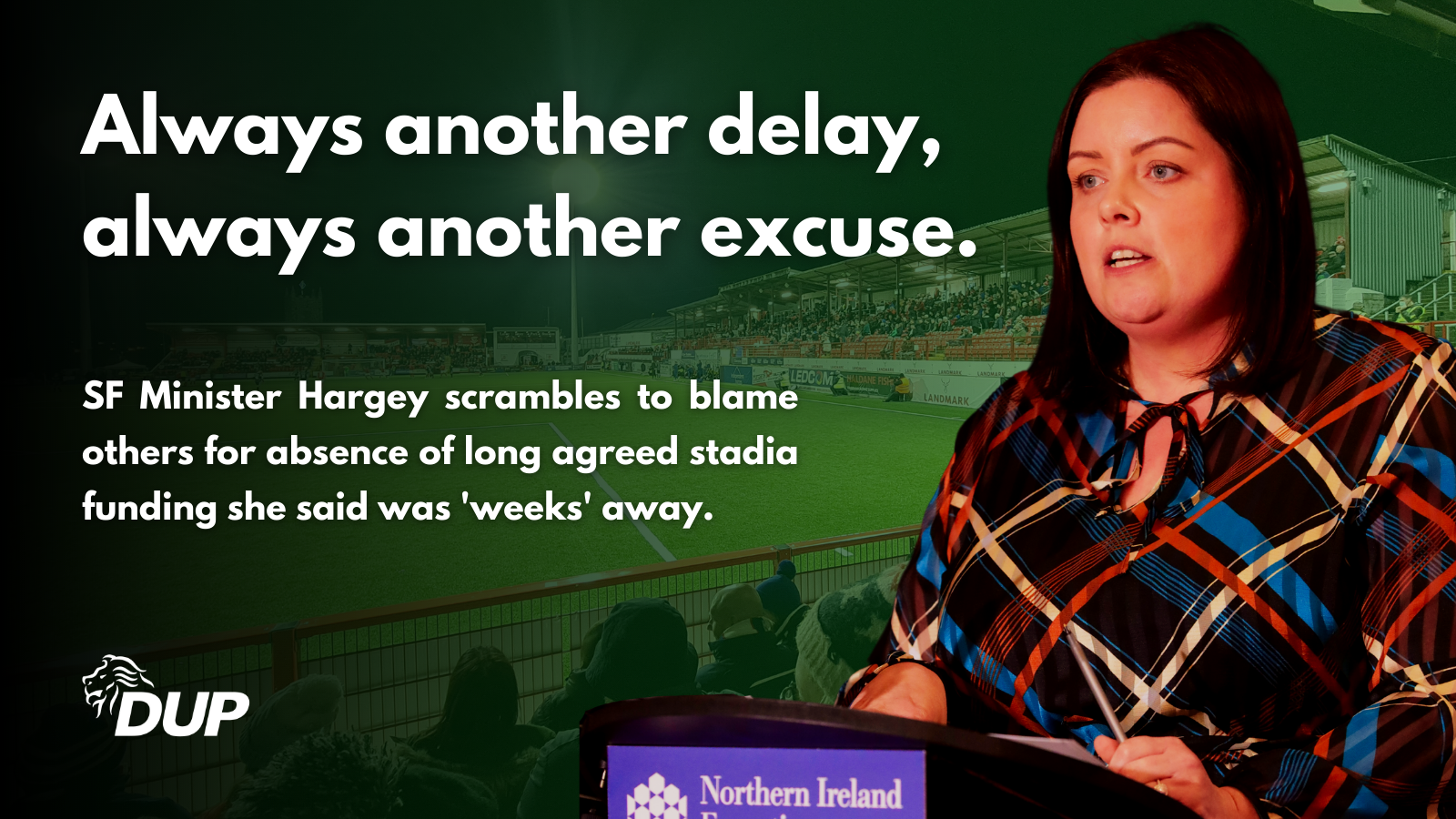 He said, "Today Deirdre Hargey told the Assembly that sub-regional football stadia funding cannot move ahead because there is no Executive in place. This was on her in-tray since she took office over two years ago and since then there have been plenty of soundbites but no action.

In response to an Assembly Question from me last August Deirdre Hargey said she would update Executive Colleagues on a way forward for this programme "in the coming weeks". In September she said the programme would be rolled out "in the short time ahead" yet months have passed and nothing has been done.

Her excuses today are nothing short of ridiculous, but they are an insult to clubs across Northern Ireland who have been waiting on this funding. They have been kept in limbo because of the Minister's dithering and delay. Even by her own admission there has been plenty of time for her to bring proposals to the Executive. This is a failure entirely of her own making.

People will not be fooled by Deirdre Hargey's excuses. She has more than enough time but has kept everyone waiting. It is the latest in a catalogue of failures from this Sinn Fein Minister."