DUP Leader Sir Jeffrey Donaldson MP has said when even Tony Blair accepts the protocol has failed, it should be a wake up call for the pro-protocol parties. 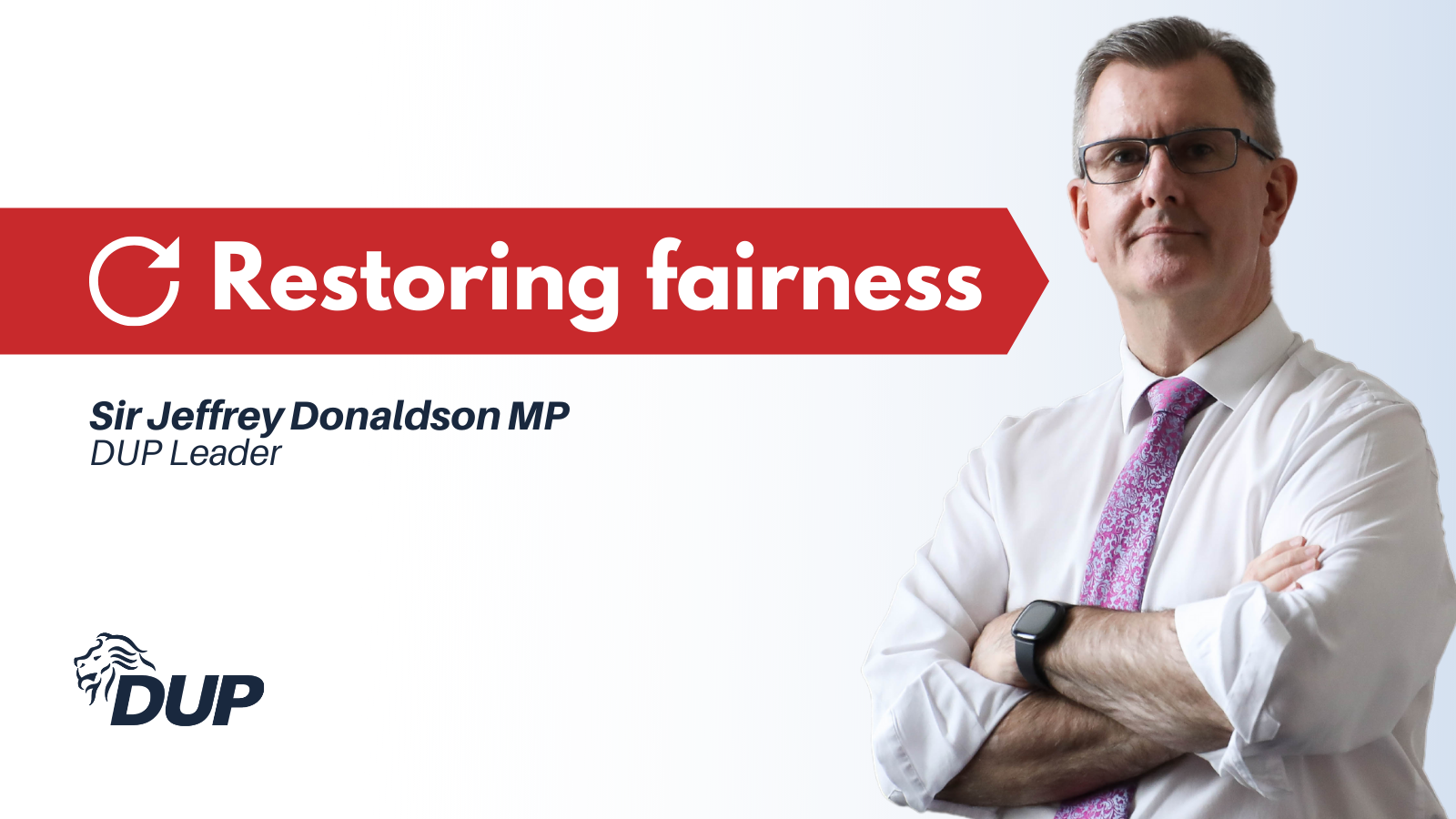 The Protocol threatens our place in the United Kingdom, endangers jobs for our people, drives up costs for consumers and reduces choice on our shelves. We’re making progress but we need to keep moving.

We will examine these proposals against our seven tests but in stating “it is not a matter of technical work but political will and leadership”, Tony Blair is correct. He is also correct to say that the protocol is a bad deal and is undermining the Good Friday Agreement. The EU should take note and recognise the harm the protocol is doing to political stability in Northern Ireland. The political will to get a solution which respects Northern Ireland’s place in the United Kingdom has been absent for too long.

The Northern Ireland Executive and Assembly must be built on stable foundations. These institutions only have value if they en

joy the confidence and support of the people they were established to serve. Not one unionist MLA supports the Protocol. That makes it impossible for powersharing to operate on the basis of cross community consensus.

Progress is only made in Northern Ireland with the support of unionists and nationalists. If no nationalists supported the Protocol, Washington, London, Brussels and Dublin would be demanding change.

The DUP has a mandate to see the Protocol replaced with arrangements that restore our place within the UK internal market. Any new arrangements must command the support of unionists as well as nationalists.”