Sir Jeffrey – “the Government knows what is needed” 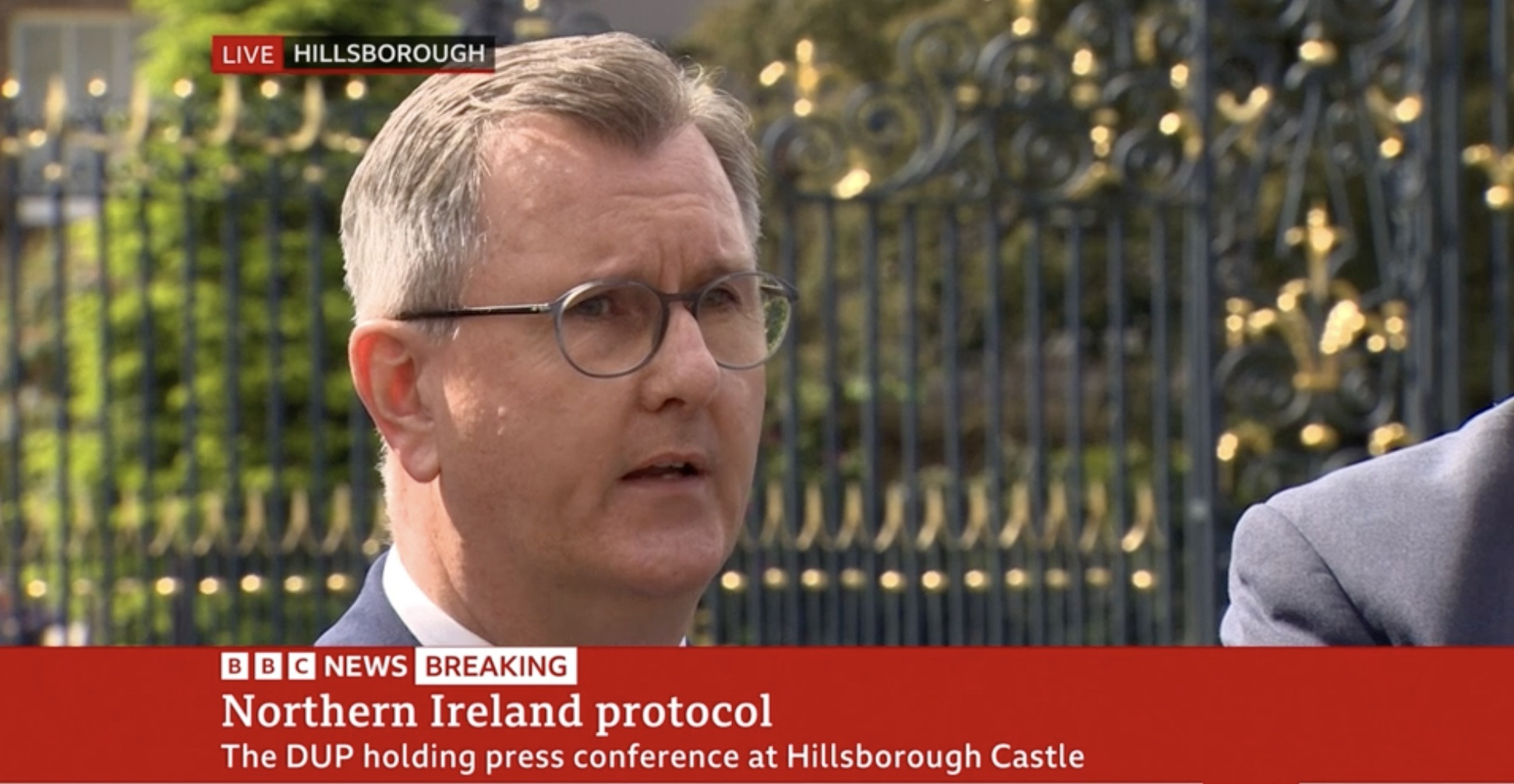 “We have been reasonable and patient. Last September, I warned that the Protocol was the cause of instability, and the institutions were not sustainable.

The Government has known what is needed. We published our seven tests in July last year. Our tests were not grounded in a unionist wish list, but in promises already made in one form or another, to the people of Northern Ireland. It’s time for the Government to stand over those promises.

In January 2020, the New Decade New Approach Agreement pledged the Government to action, yet more than two years later, the Prime Minister is still talking about action. The time for talking is over. This is time for action.

Devolution must be built on stable foundations. These institutions only have value if they enjoy the confidence and support of the people they were established to serve. Not one unionist MLA supports the Protocol. That makes it impossible for powersharing to operate.

Progress is only made in Northern Ireland with the support of unionists and nationalists. If no nationalists supported the Protocol, Washington, London, Brussels and Dublin would be demanding change. If this Protocol had resulted in checks, costs and charges between Northern Ireland and the Republic of Ireland, there would be outrage.

The DUP has a mandate to see the Protocol replaced with arrangements that restore our place within the UK internal market. Our mandate will be respected.”