DUP Leader Sir Jeffrey Donaldson will meet with the Foreign Secretary and the Secretary of State for Northern Ireland in Belfast on Wednesday. 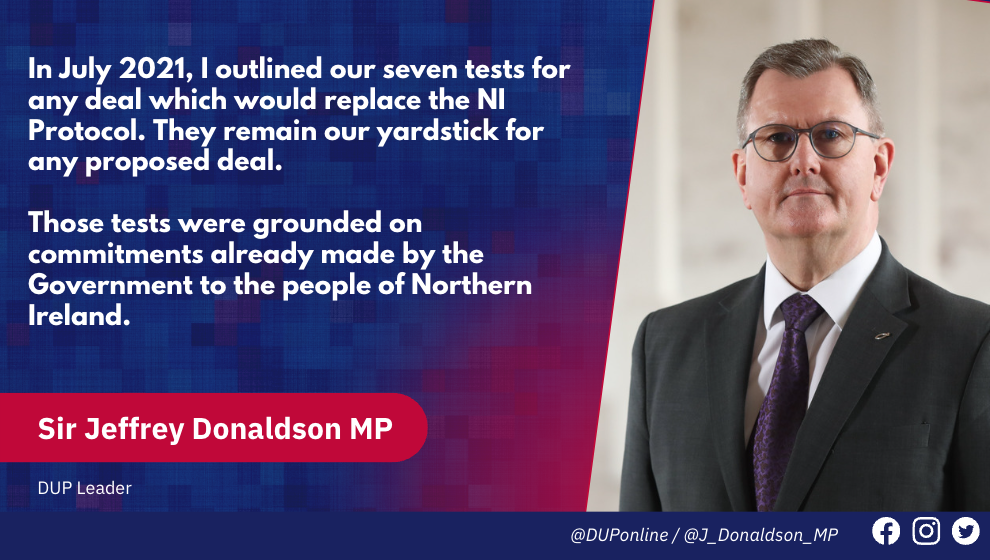 Speaking ahead of the meeting Sir Jeffrey said,

“The Protocol was not, is not and will not be supported by unionists. Whilst some may be focused on short-term fixes, that will not work for the people of Northern Ireland. The restoration of devolved government is only made sustainable when the Protocol is replaced by arrangements that restore Northern Ireland’s constitutional and economic place within the United Kingdom

In July 2021, I outlined our seven tests for any deal which would replace the NI Protocol. They remain our yardstick for any proposed deal. Those tests were grounded on commitments already made by the Government to the people of Northern Ireland.

I trust London and Brussels will recognise the need to reach an outcome which can be supported by unionists and nationalists.”