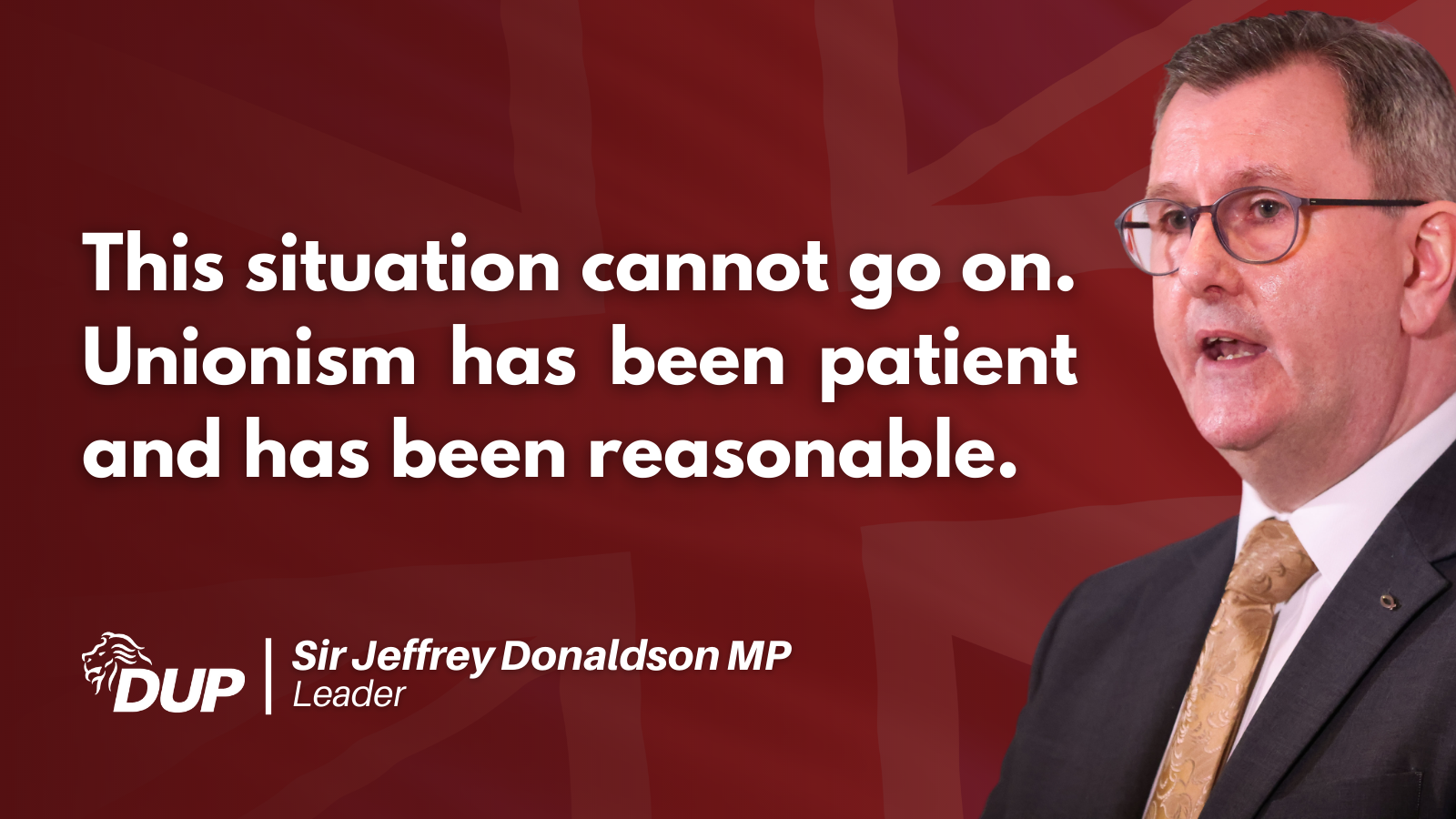 The Protocol must be replaced by arrangements that restore our place within the United Kingdom and the new arrangements must command the support of Unionists as well as Nationalists.

I have urged people across Parliament, to recognise the seriousness of this matter and resist the temptation to play politics with Northern Ireland. The Protocol threatens our place in the United Kingdom, endangers jobs for our people, drives up costs for customers and reduces choice on our shelves.

It is progress that all sides now accept the need for change. A year ago, Brussels said ‘no renegotiation’ and Sinn Fein and the Alliance Party were calling for the Protocol’s ‘rigorous implementation’. We now need to see the words turned into action so stability can be restored to Northern Ireland.”