Sir Jeffrey: Protocol recognised as the problem for unionists

DUP Leader Sir Jeffrey Donaldson MP had a telephone call with Republic of Ireland Foreign Affairs Minister Micheál Martin on Monday afternoon where they discussed the Northern Ireland Protocol and the approach of the Republic of Ireland. 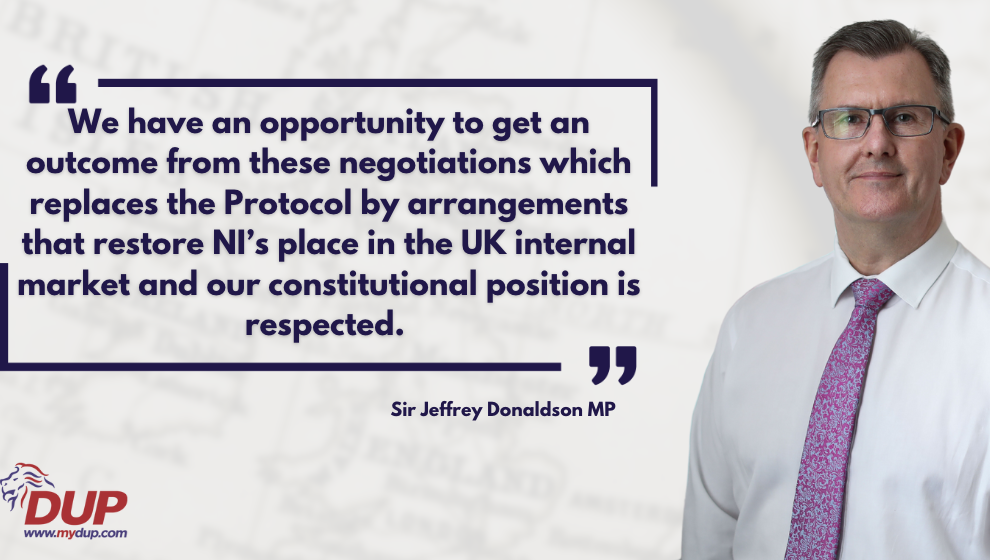 “This was a useful conversation as the Republic of Ireland is an EU member state and fits as part of a wider programme of engagement with influential voices in London and Brussels.

The NI Protocol is now recognised in London, Dublin and Brussels as the problem for unionists. It was a mistake for the Protocol’s authors to press ahead with an agreement that has harmed Northern Ireland’s constitutional and economic place within the United Kingdom. More and more voices now recognise the unanimous view amongst unionist MLAs.

We have an opportunity to get an outcome from these negotiations which replaces the Protocol by arrangements that restore NI’s place in the UK internal market and our constitutional position is respected.

I am committed to the restoration of Stormont, but such a restoration can only be durable if it is built on solid foundations which are supported by unionists and nationalists.”