DUP Leader Sir Jeffrey Donaldson was meeting with people across Londonderry on Friday. His tour included Institute Football Club, the Chamber of Commerce, community workers in The Fountain area and being interview by P6 children in Lisnagelvin Primary School. 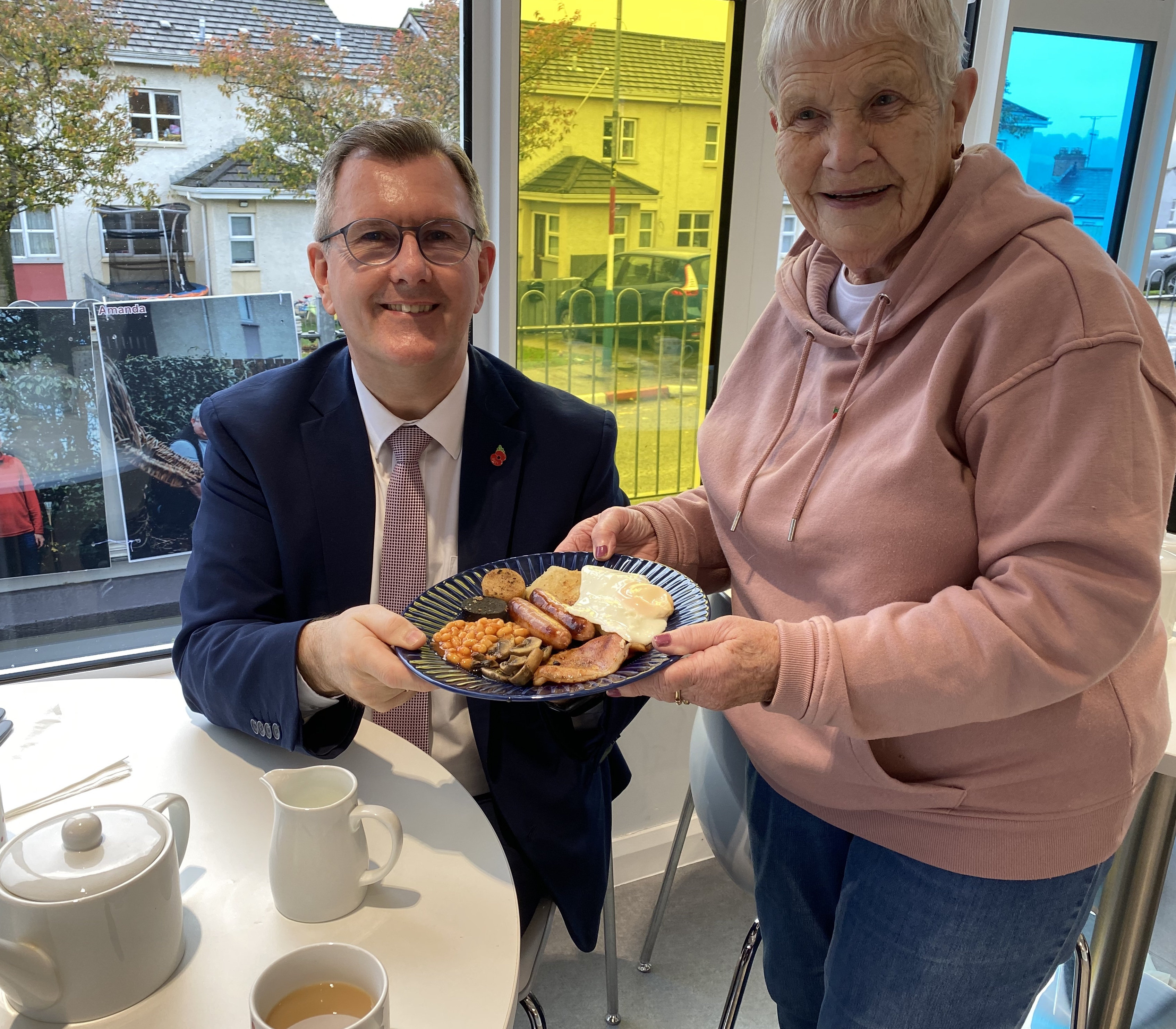 “The Irish Sea Border is polluting our politics and distracting us all from focusing on issues which are pressing down on communities. Whether that is road and rail infrastructure, rising energy costs or fixing the problems in our health service.

To that end, I note renewed focus from the EU after Friday’s meeting in the Frost/Sefcovic negotiations but this cannot continue to be dragged on. I am glad the EU are back at the table but rather than ‘trade war’ rhetoric, Brussels should recognise the concerns of unionists and work for a solution which can command cross community support.

Not a single elected unionist supports the Protocol, yet Brussels and Dublin seem blind to that and care little about the lack of cross community support and the undermining of core Belfast Agreement principles.

The Government has said the conditions for triggering Article 16 exist. To do such is perfectly legitimate. Whilst I want to see a negotiated outcome which restores Northern Ireland’s place in the United Kingdom, these discussions can’t go on indefinitely.”