Sir Jeffrey – Government needs to focus on replacing the Protocol

In advance of meeting the Secretary of State on Tuesday, DUP Leader Sir Jeffrey Donaldson MP has said the Government needs to focus on replacing the Protocol with arrangements that unionists can support and lay a solid foundation for devolution to flourish. 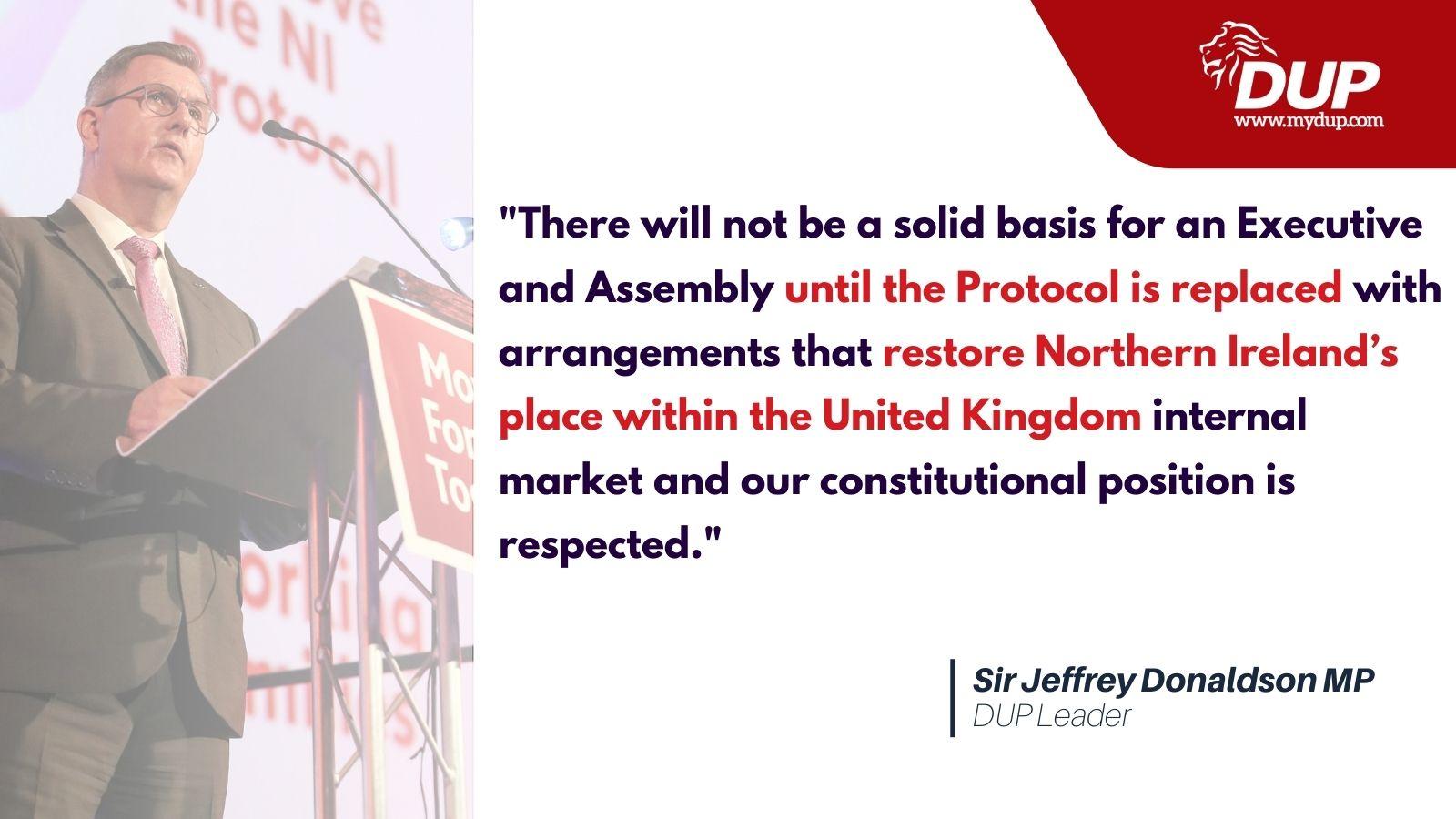 “The Secretary of State must understand that there will not be a solid basis for an Executive and Assembly until the Protocol is replaced with arrangements that restore Northern Ireland’s place within the United Kingdom internal market and our constitutional position is respected.

Whether the Protocol is replaced through the Northern Ireland Protocol Bill or by negotiated agreement is a matter for the Government and Brussels but this has dragged on for nineteen months and must be brought to a head so we can have a stable foundation for Northern Ireland.

Progress is only ever made in Northern Ireland when an agreement works for unionists and nationalists. The Protocol never had unionist support and was destined to fail.

We have been consistent and will take our case to the people once again if needed. It is regrettable that those who claim to be protectors of the Belfast Agreement did not heed our warnings nineteen months ago. We could have avoided being in this place.

The Government and the European Union have been aware of our consistent position regarding the sustainability of Stormont since February 2021. Whilst progress on the Protocol Bill is welcome, we now need a razor-sharp focus from the Prime Minister and Secretary of State to getting this sorted and the Protocol replaced. If they want the political institutions restored, then the time for delay is over.

We will continue to stand strong for Northern Ireland. It’s time for the Government and Brussels to replace the Protocol with arrangements that unionists can support.”