DUP Leader Sir Jeffrey Donaldson has said Russia's invasion of Ukraine highlights the need to ensure food security and underscores the short-sighted nature of proposals supported by some parties in Northern Ireland to devastate agricultural production and push food prices up further. 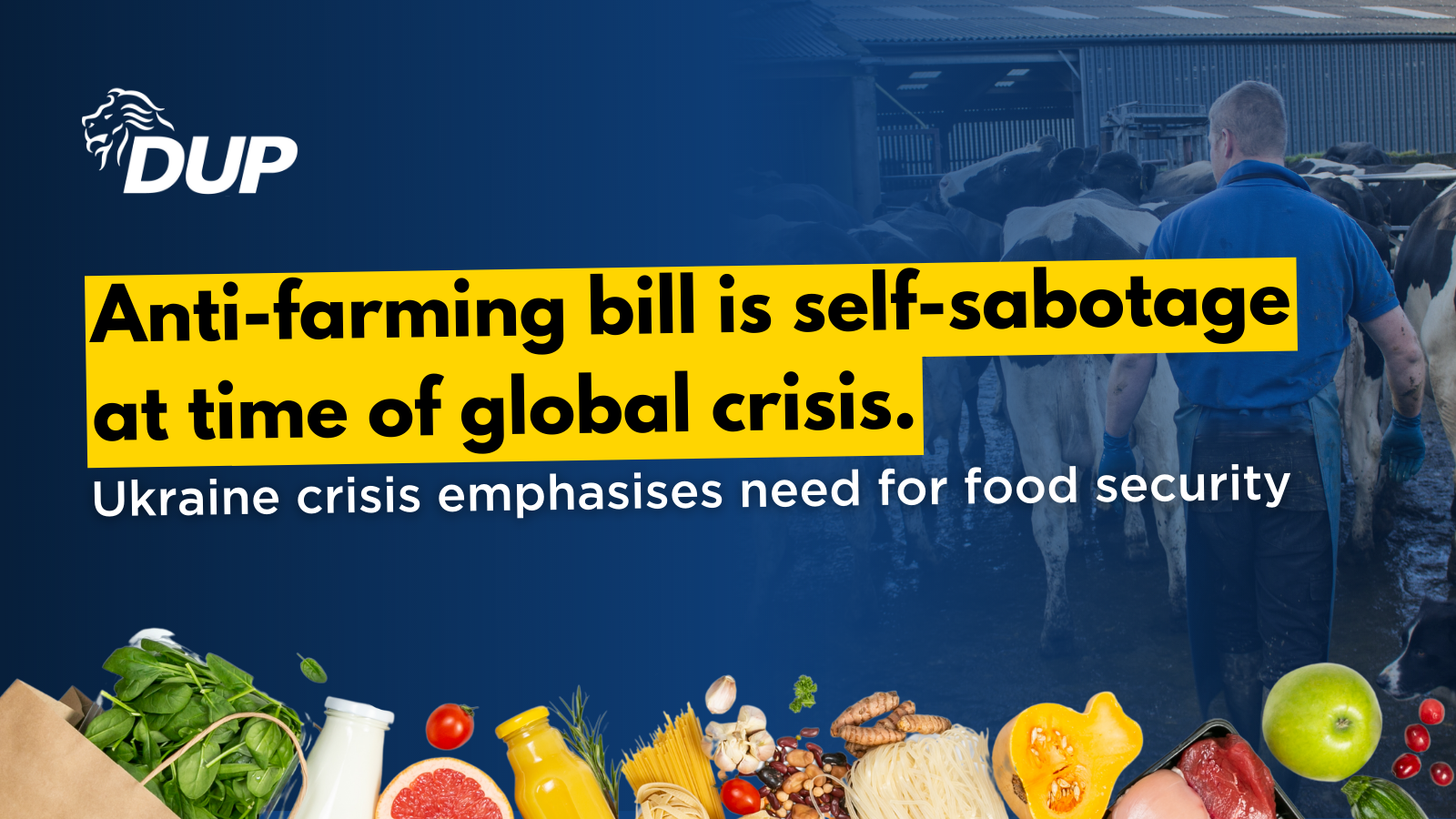 "It is for good reason that Ukraine has been called the "breadbasket of Europe". It has some of the most fertile soils on earth and more than 70% of the country is made up of prime agricultural land. Whilst Russia remains the world's largest exporter of wheat, Ukraine has been increasing significantly also, and is in the world's top 5 exporters.

The Russian invasion isn't just some far-flung conflict, but will have a direct impact on the lives of people here. It creates a perfect storm in relation to food prices and once again demonstrates the importance of securing our food supply. Grain prices have already spiked on the world market and will lead to higher food prices at a time when people are already struggling. The rise in gas prices will also not just impact on home energy bills but because production is reliant upon gas it is likely to lead to even further increases in fertilizer prices beyond their already record current levels.

The Northern Ireland Assembly is currently considering proposals that could see cattle and sheep numbers reduced by 86% and would devastate agricultural output here. The DUP has consistently opposed these measures, but the unfolding crisis in Ukraine underscores how short-sighted they really are. We need to secure our local food supply and whilst we cannot insulate entirely from global markets, local produce is the best way possible to mitigate against it.

Efforts to tackle climate change are absolutely vital, but it must be driven by science-based evidence, rather than punitive measures that would decimate our largest industry and jeopardise our food security. If the Green Party, SDLP, Alliance and Sinn Fein care about the people of Northern Ireland, both rural and urban they need to think again before pressing ahead any further with plans to weaken our food security."