DUP Leader Sir Jeffrey Donaldson MP has welcomed recognition by the European Union that the NI Protocol is flawed. 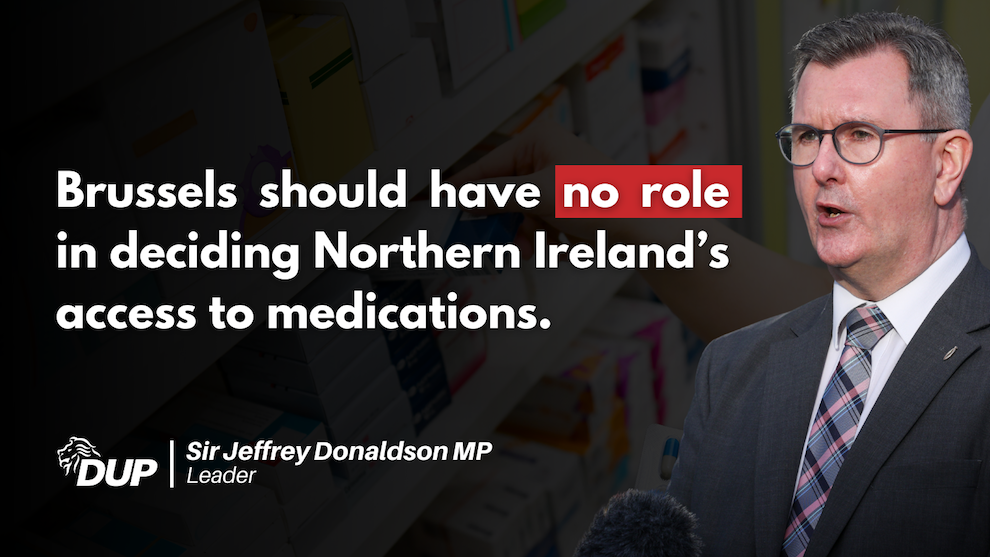 “The EU action on medicines shows that the NI Protocol was and is flawed. Whilst the SDLP, Sinn Fein and the Alliance Party wanted the “rigorous implementation” of the Protocol, I am glad the DUP stood up for Northern Ireland.

This is a step in the right direction but it’s not far enough. It is shocking that in the middle of a pandemic, there is uncertainty over our access to medicines because of the NI Protocol.

Our constituents should be able to access the same drugs at the same time as the rest of the United Kingdom.

We are seeking meetings with medicine suppliers to gauge the impact of this decision but given the EU still seeks to retain an element of control over medicines we expect the latest announcement by the EU to still leave significant problems for our constituents.”