DUP Leader Sir Jeffrey Donaldson has said the centenary of the Common Travel Area should be used as an opportunity to emulate the positive and practical principles of the CTA and emulate them in finding a solution to the Northern Ireland Protocol. 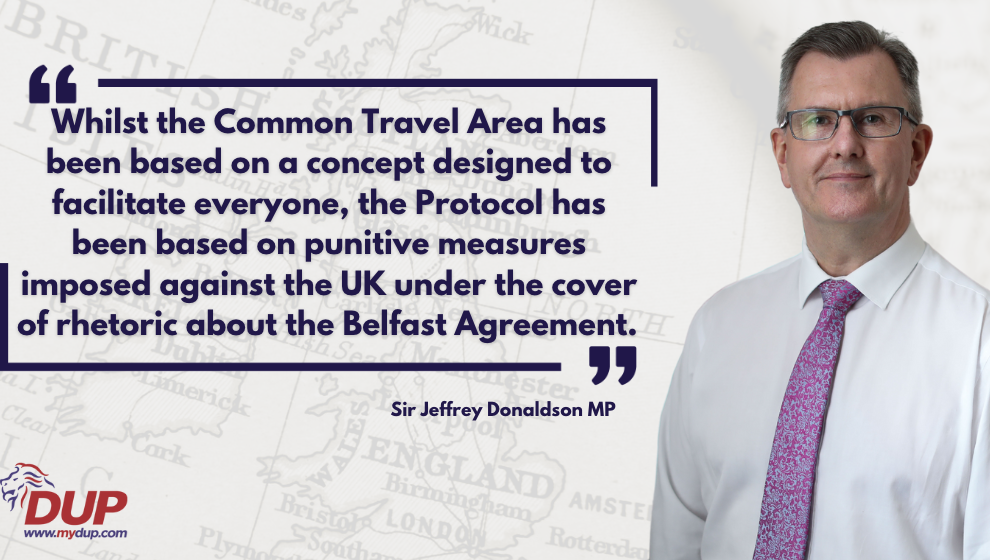 Sir Jeffrey said, “On 6th December 1922 the Common Travel Area came into being. It is so ingrained as part of life across these islands that we can sometimes overlook its significance. The House of Commons library estimated that the number of people living in the UK who were born in the Republic of Ireland is equivalent to around 1% of the Republic’s population. There are just over a quarter of a million people born in the UK and resident in the Republic.

The Common Travel Area was a sensible and practical arrangement established between the United Kingdom and the then newly formed Irish Free State. It has worked to the benefit of both countries over the past 100 years and enjoys the support of people in both jurisdictions. This stands in stark contrast to the Northern Ireland Protocol which has not only failed in its objectives but also does not enjoy support across the community in Northern Ireland.