DUP Leader Sir Jeffrey Donaldson MP has written to US House of Representatives Speaker Nancy Pelosi and enclosed a copy of the Belfast Agreement.

Mr Donaldson drafted the letter after Speaker Pelosi told journalists “If there is destruction of the Good Friday accords, they [are] very unlikely to have a UK-U.S. bilateral”.

Below is the text of Sir Jeffrey's letter: 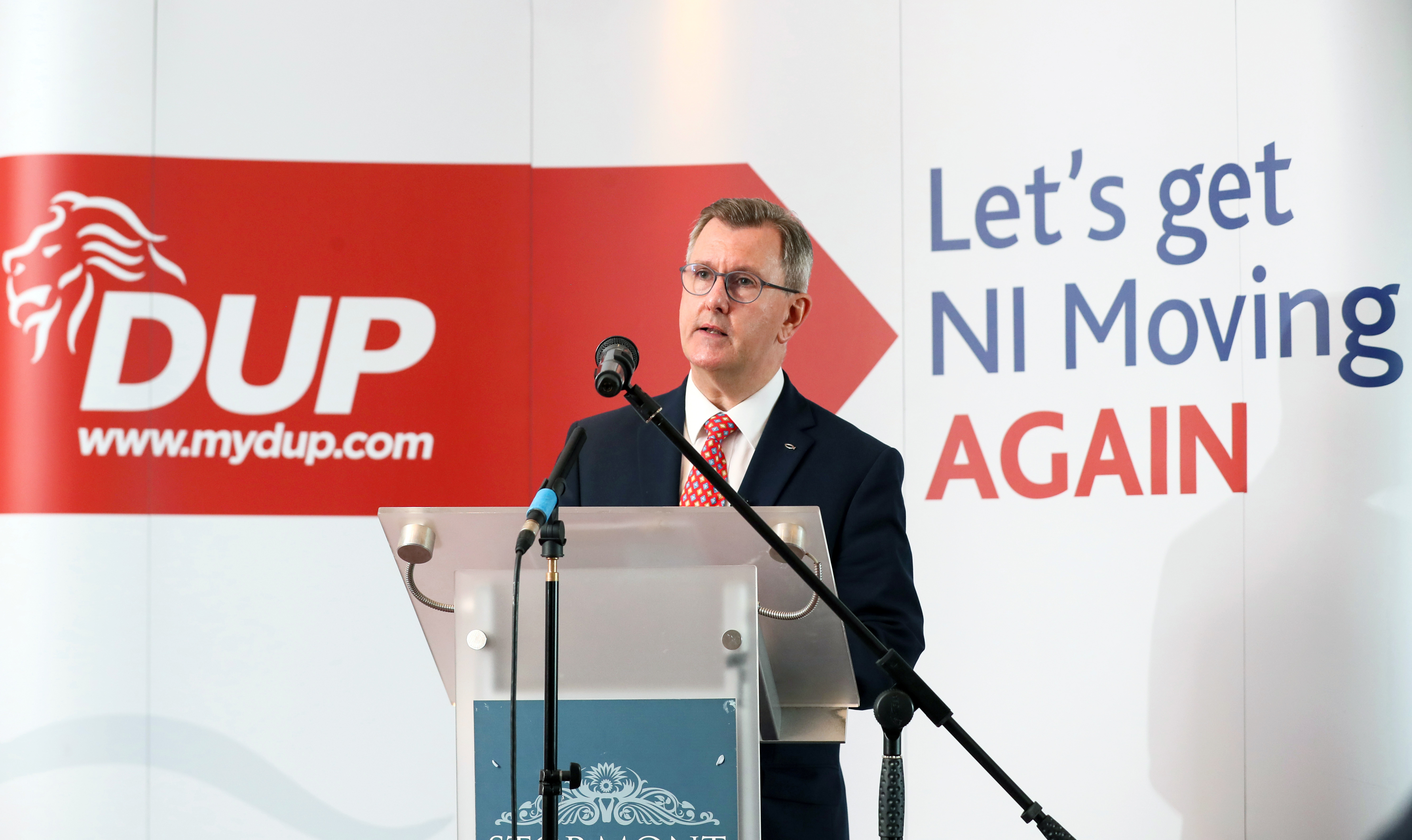 Re: Protocol’s Destruction of the Belfast (Good Friday) Agreement

In advance of the United Kingdom Prime Minister’s visit to the United States you were quoted as saying “if there is destruction of the Good Friday accords . . .” I attach a copy of said document and write to inform you that the Northern Ireland Protocol is the altar upon which the Belfast Agreement is being sacrificed.

The political, economic and constitutional difficulties created by the Protocol threaten prosperity in Northern Ireland and the quality of our status within the United Kingdom.

Lord Trimble, one of the key authors of the Agreement has recently written that, “the Northern Ireland Protocol has not only subverted the main safeguards within the Belfast Agreement causing civic unrest and political uncertainty, it is also damaging the Northern Ireland economy, disrupting supply chains, inflating prices and diverting trade from our main market in Great Britain.”

The actions of the EU to date are endangering the very Agreement that you and others purport to defend. This is not good for the UK, the EU or the US but most importantly it is taking Northern Ireland backwards.

I trust this short letter will cause you to reflect on the damage the Protocol is causing to Northern Ireland and recognise that the view of unionism can be no less worthy than the view of those wishing to remove Northern Ireland from the United Kingdom. Unionist support for the Belfast Agreement is central to its continuing viability every bit as much as is the case for Nationalist support.

History demonstrates that there must be a balance and an equilibrium in arrangements. When one side is out of balance the situation cannot be sustained. When not a single elected unionist supports the Protocol it is clear that balance has been lost.