DUP Leader Sir Jeffrey Donaldson has been addressing party members and supporters in Coleraine where he recognised the talks between the Prime Minister and the Taoiseach were a positive sign but urged real action rather than mere talks. 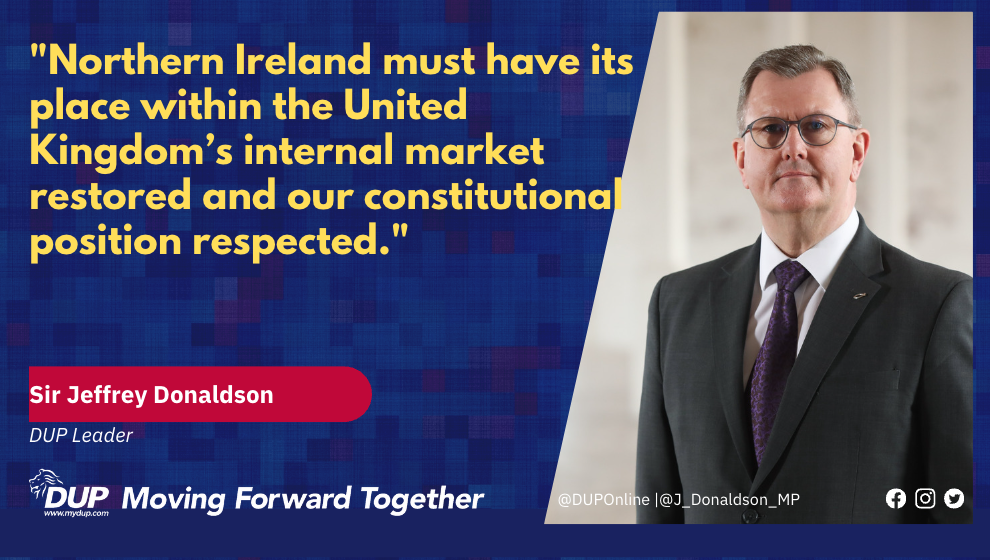 “This problem is not new. We have been patient. We warned that the Protocol was undermining devolution more than two years ago. Yet no action was taken. Indeed, we were told there could be ‘no renegotiation’.

Whilst the negotiations will be between London and Brussels, the talks between the Republic of Ireland and the United Kingdom show that there is now a focus on the problem but we long for the decisive action which delivers an acceptable solution.

Northern Ireland must have its place within the United Kingdom’s internal market restored and our constitutional position respected.

Last year, I published the DUP’s seven tests for any renegotiation. Those tests are based on the Government’s own words. That is how we will measure any product from the talks.

I hope we can reach a negotiated outcome which will be acceptable to unionists because that will be the only basis for Stormont’s powersharing arrangements to prosper.”