Sinn Fein's focused on border poll rather than issues that matter: Lyons

The DUP's Gordon Lyons has said Sinn Fein's election launch demonstrates their priority lies on holding a border poll rather than on helping families or rebuilding our economy. 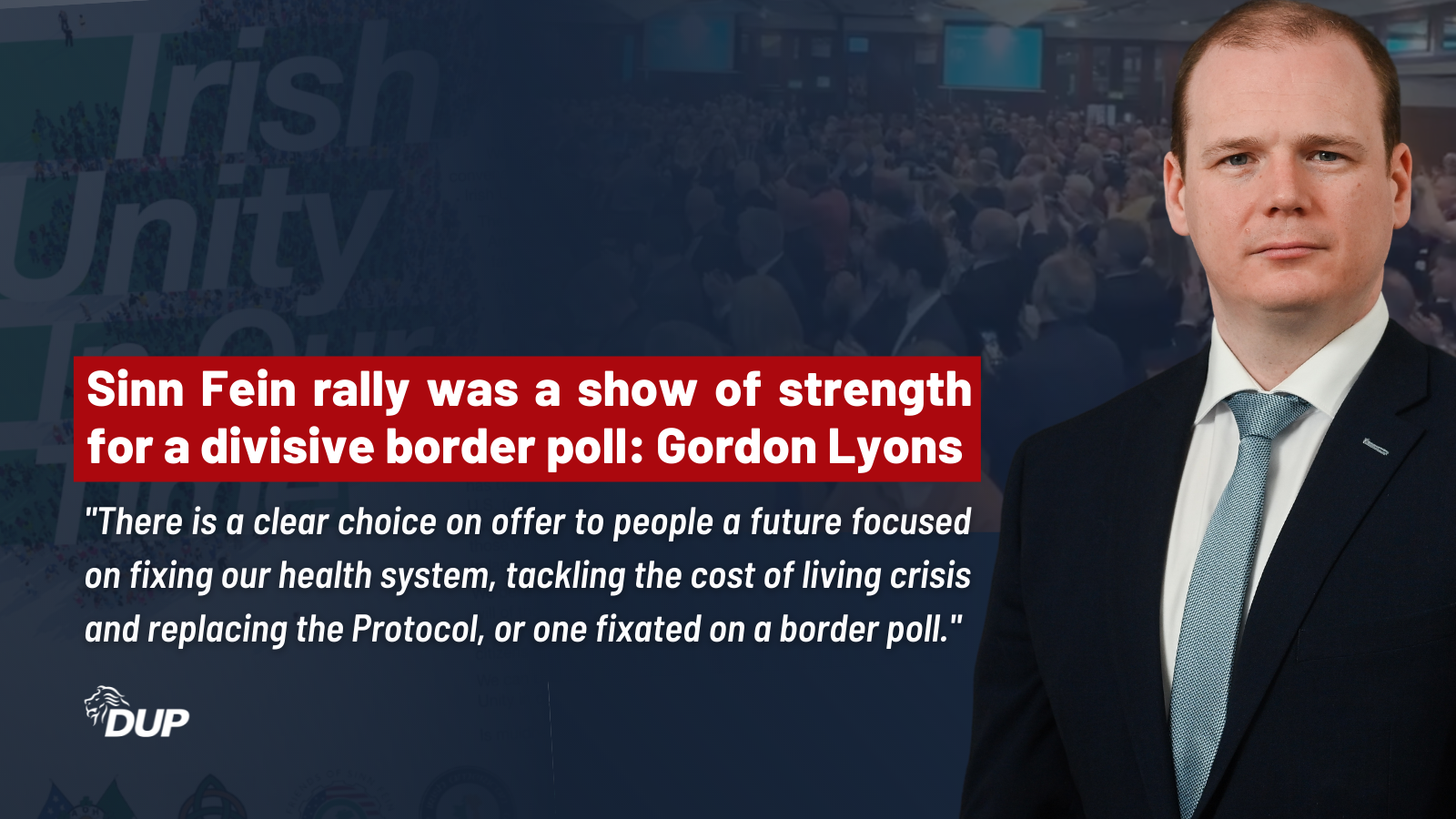 The Party's Director of Elections said,

"Sinn Fein's rally was a show of strength for a border poll. Whilst the DUP has a 5-point plan to build a better future for Northern Ireland Sinn Fein wants to win the election to implement their plan for a divisive border poll.

There is a clear choice on offer to people whether they want a future focused on fixing our health system tackling the cost of living crisis and replacing the Protocol, or one fixated on a divisive border poll. When Michelle O'Neill talks about making history, we know it isn't record levels of investment into our hospitals she is referring to.

Now is not the time for division and uncertainty. That is why this election is so important."