Foyle MLA Gary Middleton has said a display in the window of the Saoradh offices in Londonderry is a sickening insult to victims and the wider community. 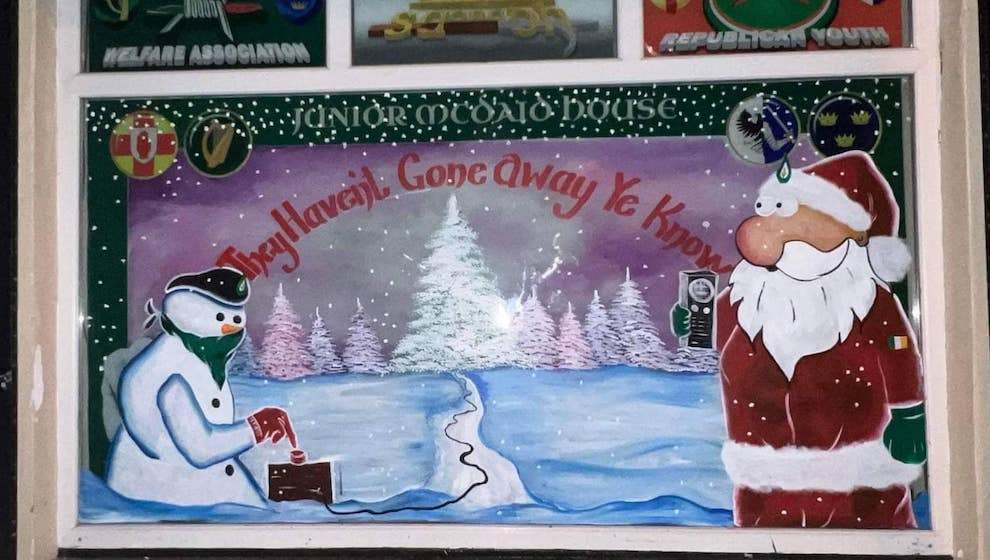 Commenting, the DUP MLA said, “It is difficult to find words to describe this display in the Saoradh office window. To use Christmas as a propaganda tool for terrorism is beneath contempt and is an insult to victims and the wider community.

I have asked the police to investigate, but it should be removed immediately. To show something which appears to represent a detonator being pressed is sickening, given both the current and past terrorism which blighted our city and Northern Ireland as a whole.

There obviously needs to be condemnation of such imagery from across the community. However, it also needs to be accompanied by recognition that the sanitisation of terrorism and attempts to justify it in the past encourages those who engage in it today.

The fact that dissidents are copying the same tactics and strategy of the Provisional IRA can be seen from the use of “they haven’t gone away you know” emblazoned across the window. Little wonder they are prepared to use this when it was only last Christmas when Gerry Adams was harking back to the very same slogan.”