The DUP’s Lagan Valley MLA Emma Little Pengelly has said the key to unlocking progress and restoring devolution is to deal with the Northern Ireland Protocol. She was commenting as we marked the date contained within legislation passed in December to form and Executive. 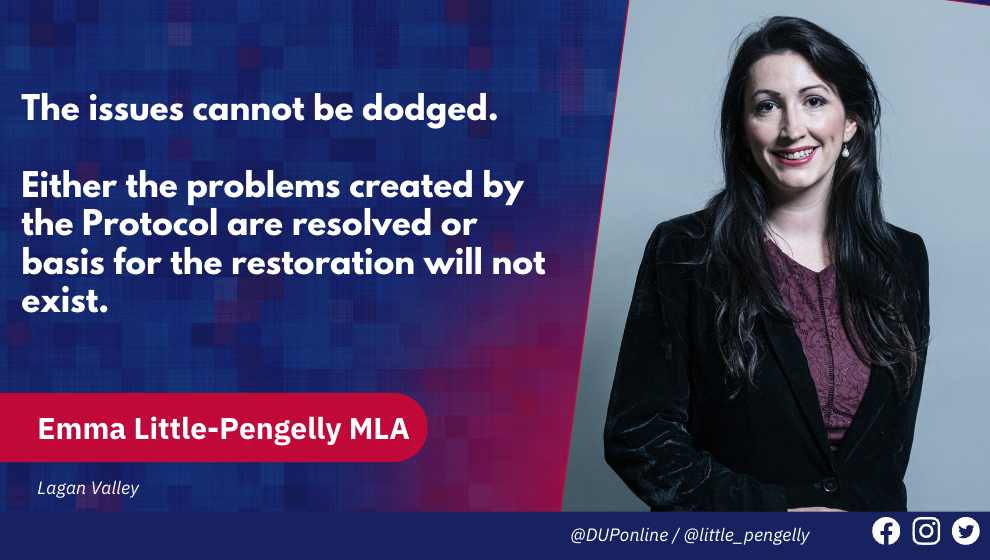 “No Executive has been formed because the NI Protocol does not and will not have the support of unionists. It is a matter for the Secretary of State whether an election is called. Devolution in Northern Ireland can only function when it has support of all communities.

There is a growing acceptance of the problems caused by the Protocol and there is growing support for our position.

The Secretary of State knows the key to unlocking progress is to deal with the Protocol, to respect our constitutional position and restore Northern Ireland’s place within the UK internal market. That not only restores the foundation for devolution but also makes good on the UK Government’s own promise made three years ago within the New Decade, New Approach agreement.

The issues cannot be dodged. Either the problems created by the Protocol are resolved or basis for the restoration will not exist. The Protocol must be replaced with arrangements that unionists can support.”